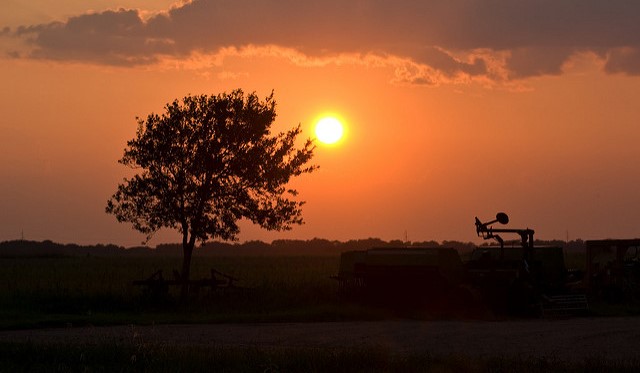 One of the Farm Bill’s provisions allows heirs’ property owners with farming and ranching operations to secure a farm number for the first time so that they can access USDA programs, including loan programs, for which they have been ineligible in the past. (Corey Leopold, Flickr/Creative Commons)

COLLEGE STATION, Texas — Provisions in the Farm Bill, which passed both chambers of Congress late last year, help heirs’ property owners maintain ownership of their property and, for the first time, access government assistance programs when they have farming and ranching operations.

The provisions specifically reference and significantly draw upon the Uniform Partition of Heirs Property Act (UPHPA) authored by Thomas W. Mitchell, Texas A&M University School of Law professor and former interim dean who began working on heirs’ property reform in 2007. Eleven states have enacted the UPHPA into law since 2011. Now, the Farm Bill gives the other states more incentive to do the same.

Past pitfalls of heirs’ property ownership

Widespread throughout rural and urban America, heirs’ property ownership is often the result of property owners failing to make a will and is considered the most unstable form of common property ownership in the United States. In part, this instability stems from poorly constructed and counterintuitive laws governing partition lawsuits that are, consequently, poorly understood by many heirs’ property owners. Therefore, a large number of these property owners, who in the aggregate have owned more than a million acres of land in the U.S., have had their land forcibly sold against their will for prices often below market value as a result of court-ordered partition sales, which many deem unjust.

Additionally, a substantial percentage of heirs’ property owners lack clear title, which renders them ineligible for a wide variety of private and public loans as well as the ability to participate in many local, state and federal government programs, including community development, disaster relief and housing programs. For these reasons, the owners have not been able to use their property for the best economic purposes in most instances, and much of the property has fallen into disrepair and become blighted.

“This affects all of us because heirs’ properties owners are embedded in our communities,” Mitchell said. “Heirs’ properties typically are valued much less than they otherwise would be, and the lower valuations have inhibited the ability of heirs’ property owners to build wealth, and have had negative impacts on community development in many places throughout the U.S., in part, because of the suppressed local and county tax revenue these properties generate.”

Mitchell drafted the UPHPA to significantly improve the ability of heirs’ property owners to maintain ownership of their properties, which have been in families for generations in many cases, and preserve their real estate wealth.

Another provision of the Farm Bill allocates federal funding to nonprofit organizations that provide legal assistance to help heirs’ property owners resolve title problems and reorganize ownership of their property into more secure and healthy legal forms. Disadvantaged farmers and ranchers who own heirs’ property in the states that have enacted the UPHPA into law are given priority consideration for the new legal assistance made possible by the Farm Bill.

Read more about Mitchell’s work and the three key reforms achieved by the UPHPA on Texas A&M Today.