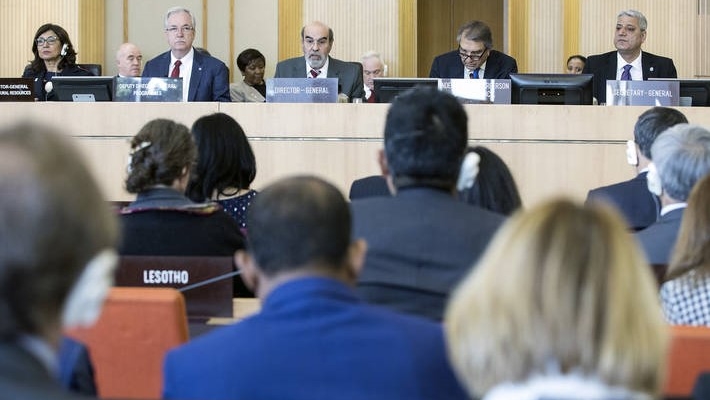 ROME — FAO Director-General José Graziano da Silva in an opening address to the organization’s executive, the Council, has stressed that FAO will focus over the next two years on promoting nutrition-sensitive food systems and innovation in agriculture.

“We cannot only focus on tackling hunger anymore,” said José Graziano da Silva. “The Sustainable Development Goal number 2 calls for the eradication of all forms of malnutrition. And there is a steady growth in the levels of overweight and obesity all around the world.”

“While hunger is circumscribed to specific areas, obesity is everywhere. In fact, we are witnessing the globalization of obesity,” added Graziano da Silva.

Graziano da Silva also drew attention to upcoming key events: a food safety conference later this month in Geneva – organized by FAO, the World Health Organization (WHO) and the World Trade Organization (WTO); the launch of the UN Decade of Family Farming at FAO’s headquarters at the end of May; two seminars on healthy diets and agriculture innovation, and the meeting of the FAO Port States Measures Agreement’s (PSMA) Parties in June.

The Director-General highlighted FAO’s commitment to partnerships evidenced by a strong increase in partnerships over the years – from 20 new partners in 2012, with a contribution of $28 million to more than 100 new partners, contributing over $200 million.

FAO’s engagement in joint programmes and interagency platforms with UN agencies has also almost doubled since 2012. This represents a monetary increase of contributions from the UN system by 100%, accounting for $800 million.

Also on the agenda

The Council’s current session ends on Friday and besides the main agenda, also includes a series of side events, focused on topics such as ways forward for biodiversity for food and agriculture, including a presentation of the findings of the first report on the state of biodiversity for food and agriculture; and antimicrobial resistance (AMR) in the context of the One Health approach.

The candidates for the Post of FAO Director-General – Ramesh Chand (India), Davit Kirvalidze (Georgia), Qu Dongyu (China), Catherine Geslain-Lanéelle (France), listed in order of their speech – will also address the Council on Thursday.

Vietnam bans the importation of glyphosate