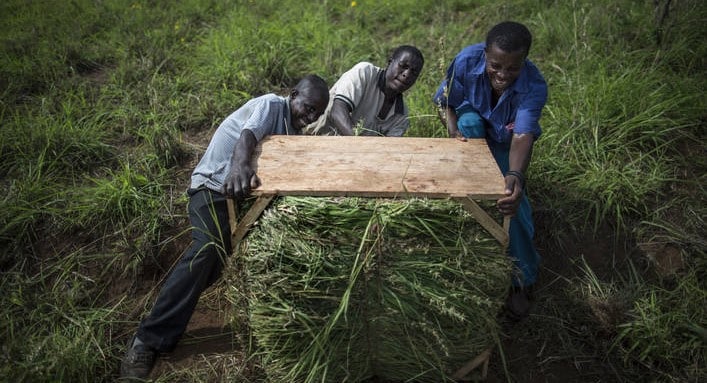 ROME — Just days after celebrating its 75th Anniversary and to coincide with today’s marking of World Statistics Day, the Food and Agriculture Organization of the United Nations (FAO) is publishing its revamped Statistical Yearbook, which weighs in at 366 pages this year and also offers digital interactivity and downloadable data sets for the first time.

The World Food and Agriculture – Statistical Yearbook 2020 offers a synthesis of the major factors at play in the current global food and agriculture landscape, including information ranging from farming trends, inputs use, labor utilization, food security and nutrition to greenhouse gas emissions and the impact of agriculture on the environment.

FAO is a major provider of global data on agriculture and food security, in particular featuring the FAOSTAT portal tracking around 20 000 indicators covering 245 countries and territories, the Sustainable Development Goals Data Portal and the new Hand-in-Hand Geospatial Data platform, which harnesses innovation and a broad set of partners to identify actionable development projects.

“Now more than ever, timely, accurate and high-quality statistics are essential to monitor trends and inform policy decisions, whether concerning the longer-term challenge of delivering on the Sustainable Development Goals (SDGs), or the immediate threat represented by the COVID-19 pandemic,” said José Rosero Moncayo, Director of FAO’s Statistics Division. “FAO is committed to ensuring free access to current, reliable and trusted data, as they provide the indispensable evidence base that countries require to formulate policy decisions and monitor progress towards agreed objectives.”

The Yearbook is divided into four thematic chapters focusing respectively on the economic dimensions of agriculture, forestry and fishing; production, trade and price trends; food security and nutrition; environmental sustainability. The Yearbook is accompanied by FAO’s Statistical Pocketbook, which provides a quick and easy reference on the main facts and trends of food and agriculture.

Agriculture’s global contribution to global gross domestic product increased by 68 percent between 2000 and 2018 to $3.4 trillion. Asia accounts for 63 percent of that total, while Africa is home to the fastest growth, almost twice the global pace.

The number of people employed in agriculture has declined in this millennium, to 884 million or 27 percent of the global work force compared to 1 050 million or 40 percent in 2000. The bulk of that decline occurred in Asia, although the sharpest drop was observed in Europe, where only 5.3 percent of the employed population works in the sector, compared to 49 percent in Africa.

The Yearbook also notes that 37.1 percent of these workers are women, who account for more than half the national agricultural work force in 22 countries.

Global pesticide use has increased by one-third to 4.1 million tonnes each year, although has been steady since 2012. China is the world’s top user, deploying more than four times as much as Brazil and the United States of America.

Worldwide fertilizer use has expanded to 53 million tonnes – about 121 kilograms per hectare of cropland – with nitrogen the dominant chemical and potassium accounting for the fastest growth rate. The fastest expansions have been in Africa and the Americas, although the former starts from a very low starting level.

The production of primary crops was 9.2 billion tonnes in 2018, around 50 percent more than in 2000. Oil crops had the fastest growth, up 88 percent. Four crops account for half of global primary crop production: sugar cane, maize, wheat and rice.

The data also show that the top producer of many of the chief food commodity crops accounts for a sizeable share of global output: Brazil for sugar cane, China for rice and potatoes, the U.S. for maize and soybeans. A similar story describes processed outputs, with China the leading soybean oil producer, Indonesia and Malaysia far and away the main palm oil producers, and Ukraine and Russia the main sunflower oil producers.

Global food trade has grown even faster than output, with its total monetary value almost quadrupled to $1.4 trillion between 2000 and 2018.

World agriculture emissions within the farm gate grew by 16 percent between 2000 and 2017. About 60 percent come from livestock-related activities.

The Yearbook offers granular data organized by country and subject, as well as a wealth of graphics and maps that make the data accessible.