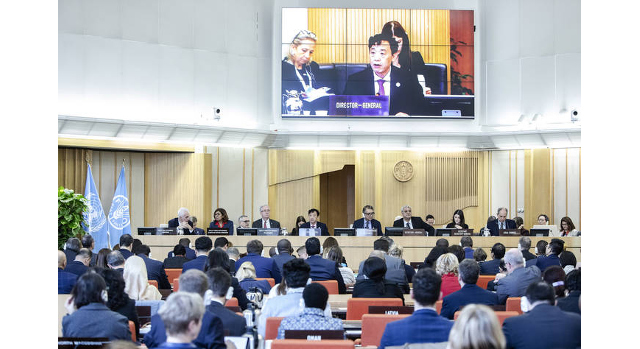 In his opening address to FAO’s Council, the Organization’s executive body, Qu noted that he was “committed to improving our ways of working through even greater inclusiveness, efficiency and accountability thereby strengthening the Organization to serve member countries and work for consumers and farmers”.

He referred to his election campaign pledges, which included the need for FAO to focus on: food security and targeted poverty eradication; weaknesses in tropical agriculture; devoting more attention to dryland farming; promoting digital farming and digital rural development; and promoting actions to improve the agricultural environment for sustainable development and added that “all the actions, initiatives and measures taken so far, as well as the proposals presented to you today, are based on these fundamental goals.”

“Together, we will eradicate hunger and improve the livelihoods of people through better production, better nutrition, better environment and a better life,” Qu said to representatives of FAO’s Member States. “FAO’s success means sustainable food systems, prosperity for farmers and a healthy planet for future generations.”

The Director-General updated Council members on how he has sought to steer FAO since taking office on 1 August, starting with the Hand-in-Hand Initiative, an evidence-based, country-led and country-owned initiative to accelerate agricultural transformation and sustainable rural development to achieve the Sustainable Development Goals in particular eradicating poverty, hunger and all forms of malnutrition.He described the initiative which he has to date presented in around 150 bilateral meetings with government officials, the private sector, civil society and academia, as aligned with the ongoing reform of the United Nations Development System.

The initiative is “providing a technical foundation by bringing in a full spectrum of tools for the UN to achieve what needs to be done,” Qu said.

Implementing the initiative will also be an “engine for internal change” at FAO. “Its successful implementation will require breaking down silos and increasing efficiency. It will be a tool to focus and sharpen FAO’s existing work to be more tangible and results-oriented at country level,” the Director-General said.

Qu outlined his commitment to promoting accountability and transparency at all levels, noting that FAO has just revamped its web page to make more information on agendas, meetings and specific projects rapidly available to the public. “Crowd power is the real power! Everyone can see what FAO is doing,” Qu said.

His address was designed to galvanize support from member states for proposed adjustments to FAO’s Programme of Work and Budget. Among the planned changes – all within a flat nominal budget – are a new Office for Innovation, which the Director-General said would strengthen rather than erode the capacity of FAO’s core technical departments. A dedicated office for  Small Island Developing States, Less Developed Countries and Landlocked Developed Countries would also be created to ensure that the special needs of these vulnerable populations and countries are met while freeing technical departments to focus on specific technical tasks rather than coordination, outreach and monitoring processes.

Along with statutory work, the 163d Session of the FAO Council also features numerous side events focused on the International Year on Plant Health 2020, FAO’s Global Action for Fall Armyworm control, World Soil Day and a panel on innovation in personalized nutrition.