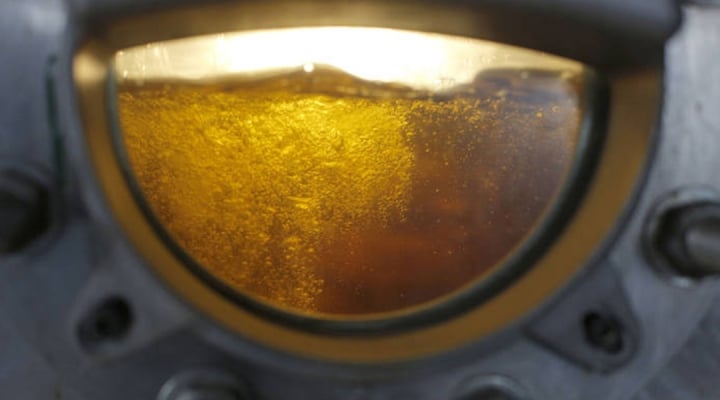 The FAO Food Price Index averaged 105.0 points during the month, up 3.9 percent from October and 6.5 percent higher than its value a year earlier. The monthly increase was the sharpest since July 2012, putting the index at its highest level since December 2014, the Food and Agriculture Organization said.

The FAO Food Price Index tracks changes in the international prices of the most globally traded food commodities. All of its sub-indices rose in November.

The FAO Vegetable Oil Price Index gained a stunning 14.5 percent in the month, led by an ongoing rally in palm oil prices linked to sharp contractions in world inventory levels.

The FAO Cereal Price Index rose 2.5 percent from October and averaged 19.9 percent higher than in November 2019. Wheat export prices rose, linked to reduced harvest prospects in Argentina, as did maize prices on account of lower output expectations in the United States of America and Ukraine as well as large purchases by China. International rice prices held steady during the month.

The FAO Dairy Price Index increased 0.9 percent to near an 18-month high, driven largely by firmer butter and cheese prices and surging retail sales in Europe during a seasonal low period for milk production in the region.

The FAO Meat Price Index rose 0.9 percent from October, but it is still 13.7 percent below its value a year ago. Prices of bovine, ovine and pig meats all increased, while those of poultry meat declined.

FAO has further lowered its forecast for global cereal production in 2020, which now stands at 2 742 million tonnes – still a record high and 1.3 percent above the previous year’s outturn.

Looking ahead, planting of the northern hemisphere’s winter wheat crop is underway and remunerative prices are expected to increase sowings in several major producing countries. However, crop conditions in the United States of America are moderately poorer due to dry weather conditions, influenced by the prevailing La Niña weather phenomenon.

World cereal utilization in 2020/21 is now forecast to rise to 2 744 million tonnes, up 1.9 percent from 2019/20, led by expectations of increasing feed use of maize and sorghum in China as well as a rise in the production of maize-based ethanol in Brazil and the U.S.A.

Worldwide cereal stocks by the close of seasons in 2021 are predicted to decline to 866.4 million tonnes, translating into a global stock-to-use ratio of 30.7 percent – which FAO notes is a five-year low but still a relatively comfortable level.

World trade in cereals in 2020/21 is forecast to rise 3.4 percent from the previous year to 454.6 million tonnes, driven primarily by a faster than expected pace in maize sales by the U.S.A. and continued strong purchases from China.

The impact of the COVID-19 pandemic, particularly in terms of income losses, is an important driver of the levels of global food insecurity. The pandemic is exacerbating and intensifying already fragile conditions caused by conflicts, pests and weather shocks, including recent hurricanes in Central America and floods in Africa.

Forty-five countries, 34 of them in Africa, continue to be in need of external assistance for food, according to the quarterly Crop Prospects and Food Situation report, also published today by FAO’s Markets and Trade division.

According to the report, aggregate cereal production by the 51 Low-Income Food-Deficit Countries is anticipated to grow this year to 496.3 million tonnes – some 7 percent higher than the last five-year average – thanks to large outputs in Southern Africa and Far East Asia. However, cereal import requirements in the 2020/21 marketing year are estimated to rise to 73.9 million tonnes, mostly reflecting increased needs among Sub-Saharan African countries.

The report notes that the presence of La Niña heightens the risk of above-average rainfall in Southern Africa and East Asia, while parts of Near East Asia and East Africa are expecting reduced rains, conditions that may result in adverse production shocks.