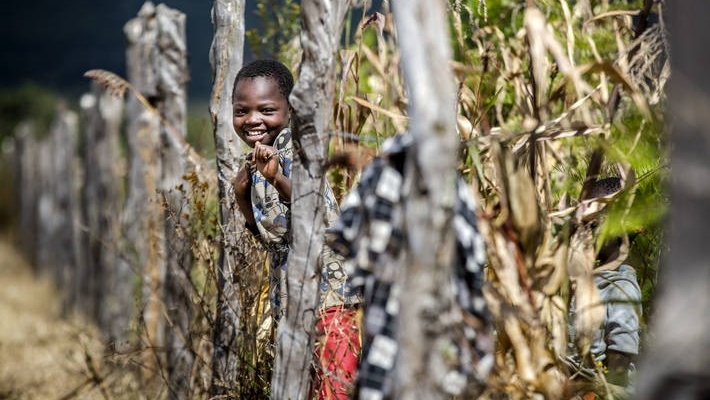 The Right to Food is included in the Universal Declaration of Human Rights, but global malnutrition numbers show that many people do not have regular access to a healthy diet. (FAO)

LOS ANGELES — The right to food requires a new approach that encompasses a right to healthy diets, the UN Food and Agriculture Organization Director-General José Graziano da Silva has stressed during a lecture at UCLA Law School.

“We need to reposition our food systems from feeding people to nourishing people,” Graziano da Silva said during Friday’s lecture. “According to our latest numbers, obesity and overweight are growing faster than hunger. It is an epidemic. The right to healthy food should be a key dimension for zero hunger and for the right to food itself,” he said.

Ensuring the right to adequate food is more than just having enough food on the table, Graziano da Silva said. It means empowering people to feed themselves and their family in dignity. It is about ensuring all children everywhere have access to the healthy diets they need to reach their full potential.

During the lecture, the Director-General recounted that in the early 2000s, as a post-doctorate student at the UC Santa Cruz, he observed some successful practices in California, such as food banks and local circuits of production and consumption, which later helped him to fine-tune the architecture of the Zero Hunger Programme in Brazil.

Hilal Elver, the UN Special Rapporteur on the Right to Food, and a Fellow at the Resnick Center for Food Law and Policy at UCLA School of Law, highlighted Zero Hunger during her introduction to Graziano’s lecture.

“We have experienced several positive food policies ensuring the right to food around the world, and this was particularly evident in Latin America. In Brazil, Graziano da Silva became the first-ever dedicated Minister to Food Security under the administration of President Lula da Silva, who took the right to food and food security of the Brazilian population as a first priority,” she said.

According to Ms. Elver, the Brazilian administration under the Presidency of Lula da Silva, with Graziano da Silva as Minister, lifted 20 million citizens out of extreme poverty, and since 2015 the country is no longer part of FAO’s Hunger Map.

Right to food and healthy diets

The Right to Food is included in the Universal Declaration of Human Rights, which was endorsed by all countries more than 70 years ago. It is also guaranteed in numerous international instruments and national constitutions. However, global malnutrition numbers show that many people do not have regular access to a healthy diet.

The number of undernourished people in the world has increased over the past three years to 821 million. Over 150 million children aged under five are suffering from stunted growth, 99 million children are underweight and 50 million are wasting. At the same time, obesity is rapidly increasing with 672 million adults obese worldwide in 2017. Conflict and climate change are key drivers of the rise in malnutrition.

The Director-General’s lecture, ‘A Global Perspective on Regulating and Promoting Nutrition’ was hosted by the UCLA Law School.

The 52nd World Ag Expo comes to a close