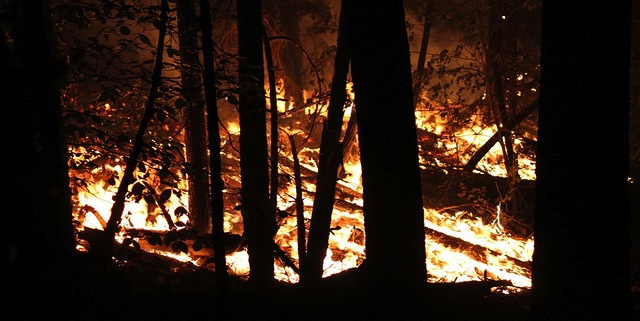 Oklahoma Forestry Services, a division of the Oklahoma Department of Agriculture, Food and Forestry, recommended the ban based upon an analysis of fire activity, wildland fuel conditions and the predicted continued drought as criteria for recommending the ban. (Bagley Fire Info/Anthony Williams, Engine Boss Trainee, Filckr/Creative Commons)

OKLAHOMA CITY — Governor Mary Fallin today issued a two-week burn ban for much of the state because of extreme weather conditions and extraordinary fire danger.

“Critical fire weather and worsening drought have created conditions very conducive to wildfires,” said Fallin. “A burn ban is now necessary to reduce the risk of preventable wildfires and to protect lives and property.”

Oklahoma Forestry Services, a division of the Oklahoma Department of Agriculture, Food and Forestry, recommended the ban based upon an analysis of fire activity, wildland fuel conditions and the predicted continued drought as criteria for recommending the ban.

The governor urged people to be extremely vigilant because conditions are ripe to spark a large fire.

“Citizen actions can certainly play an integral role in minimizing fires,” Fallin said. “We are asking everyone do their part to help prevent fires and to keep our families and businesses safe from harm.”

“Oklahoma Forestry Services’ wildland fire crews and fire departments across the state have experienced extreme wildfire behavior in recent days, resulting in fires that are both difficult to contain and pose an increased risk to firefighters on the ground,” said George Geissler, Oklahoma state forester. “We are expecting conditions to continue to deteriorate with only minimal chances for drought-breaking rainfall in the future.”

Unlawful activities under the ban include campfires, bonfires, and setting fire to any forest, grass, woods, wildlands or marshes, as well as igniting fireworks, burning trash or other materials outdoors.

As part of the governor’s burn ban, there are exemptions for a number of items, such as welding and road construction. For more specific information and details, visit www.forestry.ok.gov/burn-ban-information or call Michelle Finch-Walker with the Oklahoma Forestry Services at (580) 236-1021.

—The Office of Governor Mary Fallin