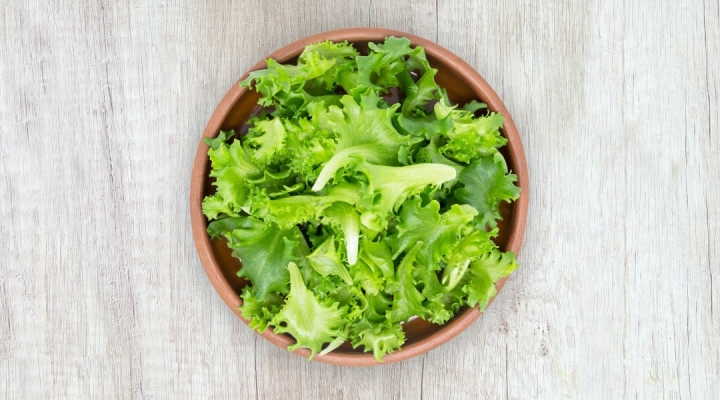 ARS scientists have begun to unravel details that may underly a pattern of fall E. coli O157:H7 outbreaks linked to bagged romaine lettuce. (Photo by Petr Magera on Unsplash)

That E. coli O157:H7 infection outbreaks connected to romaine are more frequently associated with lettuce commercially grown and harvested at the end of the growing seasons in California and Arizona has been recognized for several years. Although contamination of lettuce products is rare, between 1998 and 2019, 36 outbreaks that traced back to lettuce were recorded by the Centers for Disease Control and Prevention. Most of these outbreaks involved romaine lettuce harvested in the fall on the California Central Coast such as in Salinas, and in late winter in Southern California and Arizona. These two states are the major lettuce growing areas in the United States with farm production valued at nearly $2.7 billion in 2021.

“To begin unravelling the causes of these seasonal outbreaks, our research team looked at various factors to identify conditions that may increase E. coli survival on fresh-cut lettuce that we grew in Salinas, and processed and cold-stored in modified atmosphere packaging as is done commercially,” said ARS microbiologist Maria Brandl, with the Produce Safety and Microbiology Research Unit of the ARS Western Regional Research Center in Albany, California, and leader of the study.

One of the most significant findings of this study is that E. coli survived on average 5.6 times better in cold-stored packaged romaine harvested in the fall than on the same varieties harvested in late spring.

“We also found that among romaine varieties with longer and shorter shelf life in this study, the deterioration rate of the variety with long shelf life was significantly greater when harvested in the fall than in spring. I have observed this in previous studies as well but the significance to E. coli on lettuce had not been tested. Here we showed that greater deterioration in the fall lettuce was associated with better pathogen survival,” explained study co-author ARS geneticist Ivan Simko, with the Crop Improvement and Protection Research Unit in Salinas, California.

In addition, the research team, which included biologist Susan Leonard and others at the U.S. Food and Drug Administration, demonstrated that the bacterial community present on bagged romaine differed by season, lettuce deterioration state, and whether survival of E. coli on the lettuce was high or low. This suggests a potential for using the microbiome as an indicator of the microbial quality of fresh-cut bagged lettuce.

The researchers were a little surprised to find such differences in E. coli survival in fall harvested-lettuces compared to spring-harvested ones because many current hypotheses about the seasonality of outbreaks linked to lettuce focus on differences in the prevalence of the E. coli pathogen in the environment.

“While prevalence may also be involved, our results strongly indicate that fall-harvested romaine and the microbe communities it harbors have intrinsic characteristics that make them a better place for E. coli to survive in fresh-cut product. These are the next areas we want to work on. For example, is this something we could try to manipulate in the long run through plant physiology and breeding, and microbiome engineering? And would this trend also be observed for E. coli survival in the field? Our observations definitely open an entire new branch of inquiry about outbreak seasonality,” Brandl said.