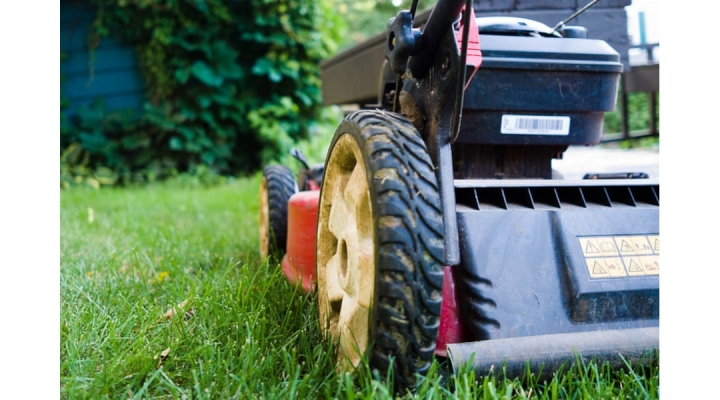 Patton says several fall chores can set up lawns and gardens for success next spring.

Leaves from trees can create a barrier to healthy lawns by blocking sunlight that the grass receives – creating dead areas in the lawn next spring.

“You need to get those leaves off the grass so that you’ll have a healthy lawn next spring,” Patton said.

“I like mulch mowing,” he said. “After you get a thin layer of leaves on the layer – not 6-8 inches, but just a thin layer – take the bagger off your mower and mow over the leaves. The mower will chop and shred those leaves and they will filter back to the soil surface.”

Mulch mowing, Patton notes, breaks leaves down as compost to the soil level, releasing organic matter. He said homeowners should consider mulch mowing when a thin layer of leaves covers the grass.

Leaves can be added to a compost pile to mulch gardens next spring, or Patton says they can be spread at the base of shrubs and other areas this fall as soil amendments.

Lawns should be mowed to their summer length before putting the mower away for the winter. Cool season lawns – tall fescue and Kentucky bluegrass – may still be growing as late as Thanksgiving; warm-season lawns – zoysia and bermuda – are usually done once the first frost hits.

Patton suggests a full cleanup of gardens this fall, including removing remaining vines and weeds. He said gardeners should also consider spading or tilling the soil.

“Do a ‘rough till’ in the fall,” he said. “Leave it looking chunky. Then in March or April, hit it with a rake and you’re ready to plant.”

Cleaning up and tilling the soil in the fall saves gardeners a common dilemma of waiting for wet soils to dry up before doing work in the spring.

Patton said modern gasoline tends to be a little more stable than older products, but it’s still important to decide whether to run the mower dry before winter, or to add a stabilizer before storing the mower.

“Either way is fine; it depends on your preference,” Patton said. “Also, do a tune-up of your mower before winter hits; change the oil and air filter and sharpen the blade. Many people wait until March to do this, but you can do this in fall and when spring comes, you’re ready to go.”

Patton said one thing most overlook is the tires on a lawnmower. “Just like on your car, tires wear down, so mowing heights aren’t true,” he said. “Putting new wheels on your lawnmower might add ½ inch to the mowing height.”

Patton said homeowner should remember to unhook garden hoses from outdoor faucets. Leaving them attached may cause backup pressure, leading to frozen pipes.

Also, he said, drain hoses after unhooking them. Water expands as it freezes, which could rupture the hose.

“Ideally, you should store the hose inside or in a container out of the sunlight,” Patton said. “Drain them, roll them up, tie with twine and hang in the garage. A good hose is an expensive investment, and you want to be sure you treat it with kindness.”

In most winters, Kansas gets adequate rain or snowfall for trees. “But if we get one of those dry winters with not a lot of precipitation, you might want to check soil moisture around trees in January or February, and give the trees a drink of water on a warm day when the soil is not frozen,” Patton said.

When kept outside during the warmer months of the year, houseplants are exposed to many elements and insects. Homeowners should routinely check houseplants for insect development – aphids, white flies, spider mites or others – once plants are moved inside.

“Once they are in the home around 70 degrees Fahrenheit, (insects) love to multiply really fast,” Patton said. “Insecticidal soaps work really well for taking care of most indoor problems.”

Houseplants should not be fertilized during the winter months, he said. “Keep them on the dry side, and watch for insects.”

It is normal for houseplants to lose leaves while inside. “The goal is to keep them alive, then give them a haircut when you put them out next May. They’ll soon get bushy again and start the process all over.” 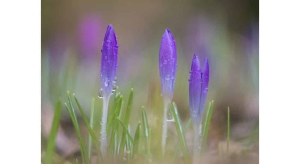 MANHATTAN, Kan. – Homeowners who set their sights on having the nicest landscape on the block may often sense the urge to water, water, water. But K-State Research and Extension horticulture agent Dennis Patton says they should instead be more strategic in the interest of saving water and money. “What’s really important is how much […] 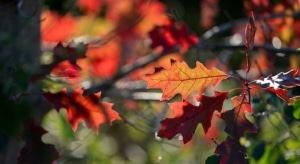 COLLEGE STATION, Texas — Many people are coming across top-grade fertilizer in their yard, then simply raking it up and tossing it to the curb. The underappreciated substance is fallen leaves, said Skip Richter, Texas A&M AgriLife Extension Service horticulture agent, Brazos County, and host of Garden Success, KAMU FM/HD-1. Putting raked leaves in a landfill has a […] 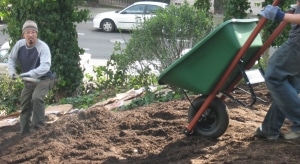 ANGELINA CO., Texas — The addition of a layer of three inches of mulch is one of the best additions that you can make to any of your flower beds, shrubs, and trees. Coarse mulches applied at the right depth will conserve soil moisture, keep down weeds, reduce erosion, keep plant roots cool, provide winter […]