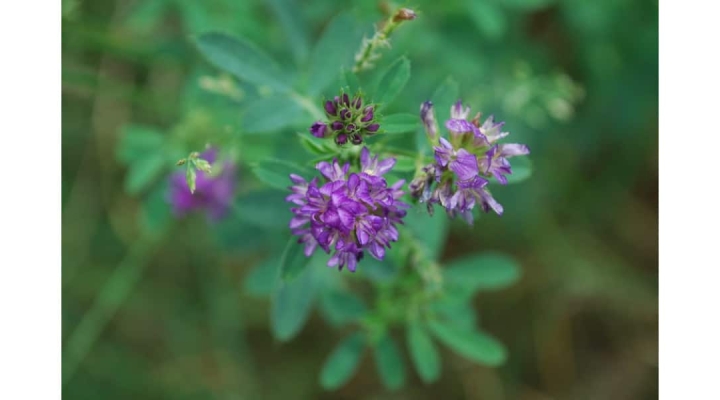 There are many things to keep in mind when planting alfalfa this spring, such as fall dormancy, which is a measure of an alfalfa plant’s ability to regrow in the fall after harvest and spring following winter. (Photo: Joshua Mayer, Flickr/Creative Commons)

LINCOLN, Neb. — The time for spring planting alfalfa is just around the corner and two traits often confused are fall dormancy and winter survival. Both are critical to a long lasting and productive stand. Today, let’s look at fall dormancy.

Fall dormancy is a measure of an alfalfa plant’s ability to regrow in the fall after harvest and spring following winter. It is scored on a scale ranging from 1 to 11 with 1 being most dormant and 11 the least. Higher dormancy means a harvested plant will focus its resources in the fall more on building reserves to survive the winter and less on new growth.

This tendency toward slower regrowth manifests throughout the year, with less dormant varieties typically recovering faster in the spring and producing overall higher yields. Another role dormancy plays is keeping plants from starting growth during the random warm-ups in the fall and winter months. Plants that break bud during these periods are subject to winterkill.

Finally, fall dormancy can impact the harvest timetable. Lower dormancy ratings means a plant regrows slower. This translates into more time to remove forage from the field before “windrow disease” and field traffic become a concern.

In the past, fall dormancy traits were linked with winter survival. With new varieties, this isn’t always the case, so fall dormancy needs to be evaluated on its own.

Variety selection depends upon your management, production goals, and ability for a stand to make it through winter without sacrificing additional yield.  If you have regular issues with stand winterkill, a lower rated variety with improved dormancy. In Nebraska, we recommend dormancy ratings 1 through 5.