MINNEAPOLIS — Earlier Crop News articles focused on dicamba’s potential routes of injury, injury symptomology, soybean sensitivity and yield loss potential. In this article, I would like to explore in greater detail the factors that could contribute to dicamba volatility’s role as a potential route of injury. I will be working off the assumption that the primary cause of dicamba volatility is due to degradation of the new dicamba formulations to dicamba acid, dicamba’s most volatile form. A 1979 Weed Science publication by Behrens, R. and W. E. Lueschen titled “Dicamba Volatility” will serve as my reference (Weed Sci. 27:486-493).

Dr. Bob Hartzler provided an excellent summary of the Behrens and Lueschen paper back in July of 2001 (https://z.umn.edu/2vue). As you review this research, keep in mind that the newer formulations have made definite improvements over the dicamba salts studied in 1979, but reductions in volatility and no volatility are not the same thing, especially with a crop as sensitive to dicamba as is soybean.

In the Behrens and Lueschen paper, the following environmental factors contributed to soybean injury due to dicamba volatilization: increasing temperature, decreasing humidity, and lack of rainfall following application.

Increasing rate of application (upper limit of 0.5 lb a.e./A) and application to taller corn or soybean increases dicamba volatility due to higher concentrations on larger leaf areas, providing a larger evaporative surface area. Also, differences in the physical and chemical properties of the surface area that dicamba is applied to also influences dicamba volatility. In growth chamber studies, significantly more injury occurred when dicamba was applied to corn or soybean leaves (40%) than when it was applied to soil (26%).

Field studies indicated that soybeans downwind of corn sprayed with 0.25 lb a.e/A showed declining injury as distance from treated corn increased but injury symptoms were still evident ( ~20% injury) out to the maximum distance evaluated, 200 feet. Dicamba volatilization continued to occur 10 feet downwind of the treated area for a period of three days after application however, when as little as 0.1 of an inch of rain fell after dicamba application, only minor injury symptoms were detected.

Therefore in evaluating what happened in 2017 in regard to what part volatilization played in off-target movement to soybean, I would suggest that you investigate the following combination of factors that took place at and after application: high temperature, low humidity, slow air movement to concentrate dicamba vapor, lack of rainfall, larger soybean plant height and leaf area, and products such as AMS that could cause dicamba to disassociate to the acid form before it is even sprayed.

Investigations are underway by herbicide manufactures, state agencies, crop consultants, and University researchers and Extension specialists to better understand the off-target movement of the dicamba products developed for use on Xtend-traited soybean. 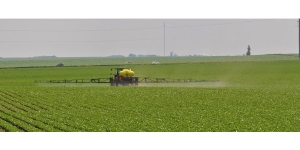 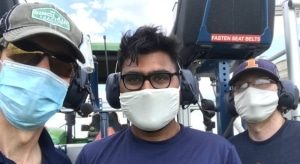 URBANA, Ill. — Many agronomic weeds are developing resistance to available herbicides, making them harder and harder to kill. With few effective chemicals left and no new herbicide classes on the horizon, farmers are going back to older products that still offer the promise of crop protection. Dicamba has been on the market since the […]