Subscribe
Home / Illinois / Extruded grains may be better for pigs 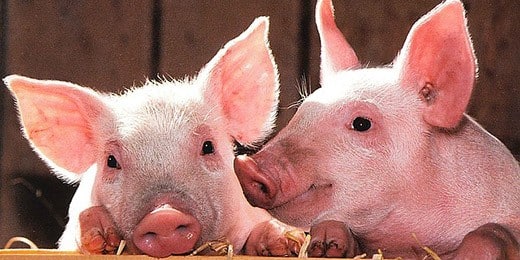 Extrusion is the norm in the pet and aqua feed industries, yet it remains unusual for swine feed in the United States. But the technology can improve energy and protein digestibility in pigs, according to research from the University of Illinois. (University of Illinois)

URBANA, Ill. — Extrusion is the norm in the pet and aqua feed industries, yet it remains unusual for swine feed in the United States. But the technology can improve energy and protein digestibility in pigs, according to research from the University of Illinois.

“We’re not doing this much in the U.S., partly because the extrusion equipment typically is not installed in feed mills producing pig feeds. If a feed company decided they wanted to extrude diets or extrude grain by itself, as we did in this case, it would add cost. So the only way it would be economical would be if the pigs performed better with extruded grains,” says Hans H. Stein, professor in the Department of Animal Sciences and the Division of Nutritional Sciences at Illinois and co-author on a study in Animal Feed Science and Technology.

Stein and his research team compared pig diets containing either extruded or unprocessed corn, wheat, and sorghum to determine ileal starch and amino acid digestibility, as well as total tract digestibility of energy and fiber. One source of each grain was ground and then divided in two batches, with one batch left as is and the other extruded in a single-screw extruder with an exit temperature of 100 degrees Celsius. Grains were ground and extruded at Kansas State University, but extrusion equipment at the new Feed Technology Center at Illinois will facilitate future research to help meet the growing global demand for animal protein.

The mechanical process of extrusion, which involves heat, pressure, and steam, leads to gelatinization of starch, which explains the link between starch and energy digestibility.

“In the extruded grains, 90% of the starch was gelatinized,” Stein says. “Gelatinization opens the starch molecule, making it easier for enzymes to break down every bond within the starch. That leads to greater energy digestibility and absorption.”

With pigs extracting more energy and protein from extruded grains, Stein sees a potential economic benefit that could justify the cost of adding extruding equipment to feed mills.

“If feed manufacturers can increase the energy as much as we did in our study, then there certainly is value in extruding grain for pig diets,” he says.

The article, “Digestibility of amino acids, fiber, and energy by growing pigs, and concentrations of digestible and metabolizable energy in yellow dent corn, hard red winter wheat, and sorghum may be influenced by extrusion,” is published in Animal Feed Science and Technology [DOI: 10.1016/j.anifeedsci.2020.114602]. Authors include Diego A. Rodriguez, Su A. Lee, Cassandra K. Jones, John K. Htoo, and Hans H. Stein. The research was supported by Evonik Nutrition & Care.

The Department of Animal Sciences, the Division of Nutritional Sciences, and the Feed Technology Center are part of the College of Agricultural, Consumer and Environmental Sciences at the University of Illinois.