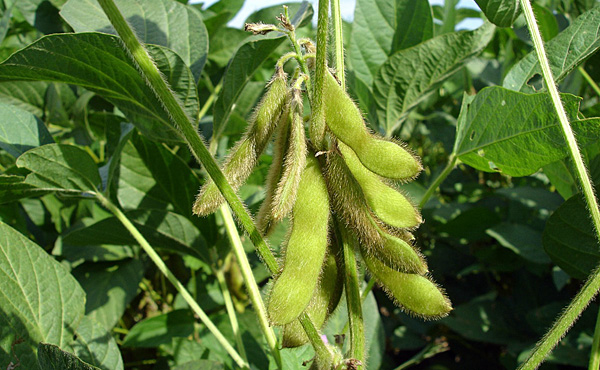 The Trump administration announced Feb. 22 that a March 1 deadline to conclude trade talks with Beijing has been extended, current U.S. tariffs will not be increased and no new tariffs will be imposed on Chinese goods. (Virginia Farm Bureau Federation)

RICHMOND, Va. — Virginia soybean growers already expect the 2018-2019 marketing season to be a bust. And as trade talks between China and the U.S. extend into spring, they’re worried that next year’s exports sales will slump as well.

The Trump administration announced Feb. 22 that a March 1 deadline to conclude trade talks with Beijing has been extended, current U.S. tariffs will not be increased and no new tariffs will be imposed on Chinese goods.

“China purchased about one-third of the soybeans we produced in 2017, and we know that soybean exports are down significantly. This marketing year, soybean exports to China are down 96 percent” through the end of January, Newton told Virginia growers Feb. 20 at the Virginia Grain and Soybean Annual Conference.

“It may be good news that the administration will not impose additional tariffs on the Chinese on March 1, but soybean growers are still in limbo for the coming growing season and their export prospects,” said Robert Harper, Virginia Farm Bureau Federation grain marketing manager.

The majority of American soybeans are typically exported from August to February each year, Harper explained. In recent months growers were holding out hope there would be some breakthrough in trade talks and that sales would resume.

“When Secretary of Agriculture Sonny Perdue tweeted from the Oval Office last Friday that China has agreed to buy another 10 million metric tons of U.S. beans, you’d think that would be good news,” Harper said. But the commodity market price for soybeans barely moved on Feb. 25, the first trading day after the announcement.

“That’s because growers and the soybean trade still don’t know what’s going to happen. The primary loading season for shipping beans to China is over. Will those be old-crop beans from 2018 or new crop beans from this year? No one’s willing to get enthusiastic about bean prices without more certainty,” Harper said.

Newton said the timing for continued trade talks is crucial because there’s currently a glut of soybeans from last year’s harvest in storage, and that’s driving down prices. Based on the current situation soybean prices will continue to decline unless new export markets open or China resumes buying from the U.S. soon this year.

“The 2018 average price for soybeans was $8.60 a bushel. We’ve never had ending (supply) as high as the current 955 million bushels in storage,” Newton said. “If we don’t see movement on the trade front, we could see ending stocks above the 1-billion-bushel mark next year. One prediction is that prices could end up less than $6 a bushel by harvest time 2019.”