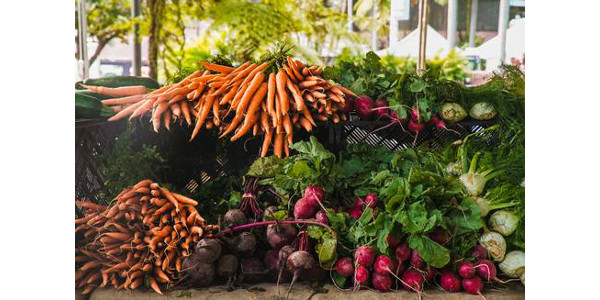 Two grants received by Purdue University support the work of the Global-to-Local Analysis of Systems Sustainability (GLASS) initiative, led by Thomas Hertel, a Purdue distinguished professor of agricultural economics, and aimed at understanding the linkages between local decision-making and global sustainability outcomes. (Courtesy of MSU Extension)

WEST LAFAYETTE, Ind. – A rapidly growing global population in the midst of a changing climate had led to serious sustainability issues and choices surrounding water, food and energy. These stresses and the policy responses will vary by locality, but they will have global repercussions that will ultimately affect the success of those choices.

The National Science Foundation awarded $2.5 million to an interdisciplinary team led by Thomas Hertel, a Purdue distinguished professor of agricultural economics, to build the tools necessary to understand the global-local-global linkages underpinning future sustainability policies. The U.S. Department of Agriculture’s National Institute of Food and Agriculture provided an additional $500,000 to enhance the economic foundations of this framework.

“Agriculture is experiencing sustainability stresses related to land, water quality and water availability, and those will intensify in the future. Most of the drivers of those stresses will be global, and we need to understand how those affect local communities,” Hertel said. “As we look at potential solutions, we need to know what is most feasible, the side effects and how those will feed back to the global economy.”

The funding supports the work of the Global-to-Local Analysis of Systems Sustainability (GLASS) initiative, led by Hertel and aimed at understanding the linkages between local decision-making and global sustainability outcomes. This will allow the team to explore a policy’s ramifications in a holistic way. Made up of Purdue economists, political scientists, hydrologists, climate scientists, computer scientists and others, the team grew out of Discovery Park’s Purdue’s Big Idea Challenge, which funded interdisciplinary research on global challenges and life-changing innovations.

David Johnson, an assistant professor of industrial engineering and political science and co-principal investigator, is focusing on trade-offs across different environmental and economic objectives within the food-energy-water systems and potential unforeseen consequences. He said he’s searching for win-win policies that could lead to more sustainable agricultural practices without sacrificing the ability to feed rapidly growing global populations.

“Local policies must be evaluated at a global scale to truly understand their impacts,” Johnson said. “For example, restricting groundwater irrigation in the Great Plains could reduce unsustainable depletion of the Ogallala Aquifer, but it could also increase food prices and lead to deforestation elsewhere in the world. Wherever regulation makes crop production less efficient, we have to think carefully about where production might shift to meet global demand.”

Already, the GLASS team’s work has offered suggestions for reducing deforestation related to palm oil production in Malaysia and Indonesia. Findings reported in the Proceedings of the National Academy of Sciences showed that those countries would suffer economically if they don’t take leadership of the efforts to stop deforestation.

Ongoing and future projects will look at alternative policies to limit nitrate leaching in the Corn Belt as well as assessing the impacts of efforts to limit groundwater drawdown in the Western United States.

The work aligns with Purdue’s Giant Leaps celebration, acknowledging the university’s global advancements made in sustainability as part of Purdue’s 150th anniversary. This is one of the four themes of the yearlong celebration’s Ideas Festival, designed to showcase Purdue as an intellectual center solving real-world issues.