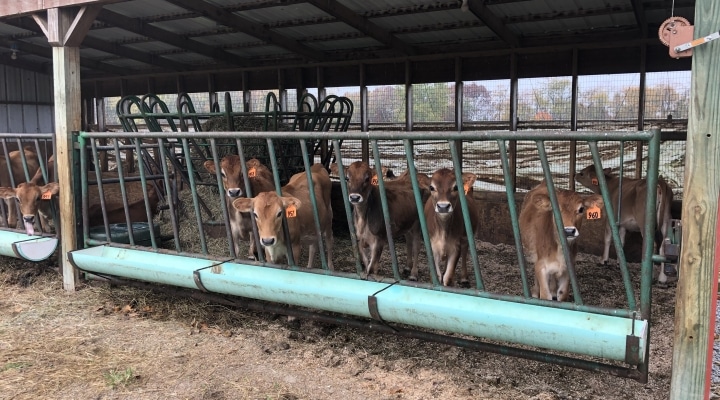 For the past several years, the Penn State Extension Dairy Business team has been performing cash flow analyses on farms across Pennsylvania. Being aware of financial data on your farm such as breakeven cost and income over feed costs can help farmers determine how their dairy is performing and helps to potentially identify bottlenecks in the operation where improvements can be made to help profitability.

CHAMBERSBURG, Pa. — For the past several years, the Penn State Extension Dairy Business team has been performing cash flow analyses on farms across Pennsylvania. Being aware of financial data on your farm such as breakeven cost and income over feed costs can help farmers determine how their dairy is performing and helps to potentially identify bottlenecks in the operation where improvements can be made to help profitability. When analyzing the numbers, a consistent grey area, the calf and heifer program proves to be a challenge when determining just how much money this area costs the farm. A summary of the 64 dairy farms that participated in cash flow programs between 2016-2018 showed a range of $1333.40 to $2908.31 as the annual cost to raise heifers with the average cost being $2025.66/heifer/year. This figure accounts for both direct and overhead expenses in the heifer program, including feed, bedding, hired labor, and more. On many farms, determining these numbers can prove to be quite a challenge, one that is affected by many variables in the management of the calf and heifer program.

One area that will drive the cost to raise heifers is the length of time calves are kept on a liquid diet. The first factor is whether farms choose to feed whole milk or milk replacer to their calves. Milk replacers cost more to purchase up front, whereas the monetary value that is assigned to whole milk, or on some farms, the waste/non-salable milk, is dependent on the current mailbox price the producer is being paid. These figures can be hard to calculate to get an exact figure to determine how much it costs to feed the liquid diet. The length of time until weaning will drive this cost, especially for those farms weaning at older ages. According to the USDA, in 2014 it was estimated over 31.1% of farms across the nation weaned their calves at 9 weeks or more, 34.1% weaned at 8 weeks, and 34.7% weaned at 7 weeks or less. Weaning times often vary based on production styles. Conventional farms tend to wean calves earlier, often between 6 to 8 weeks while organic farms wean their calves at older ages, often at 3 to 4 months. Feed costs to raise a heifer make up 73% of the total raising costs, therefore delayed weaning time will only increase this already daunting figure.

Not only do older weaning ages increase the overall cost of liquid feed, but they can cause delayed rumen development in calves, making the eventual transition to solid feeds a more difficult process. Rumen development cannot begin until calves begin to consume small amounts of starter grain. Some farms that delay their weaning times often will delay when calves are offered grain as well. A calf consuming only milk products will grow very well, often even faster than those calves consuming lesser amounts of milk and some grain. However, this only delays a physiological process that is necessary for a cow to function as a ruminant animal and prepare her body to digest and utilize the nutrients in those diets offered after weaning. A delay in the rumen development process can result in growth slumps at weaning, increased incidence of respiratory illnesses due to stress, and even increased age at first calving. For every additional month heifers are waiting to be bred, producers are losing $100 per heifer per month. Therefore, increased costs associated with increased weeks of liquid feeding can also cost farmers more in the long run, in turn affecting other areas of the farming operation.