Home » Exploring a world without animals 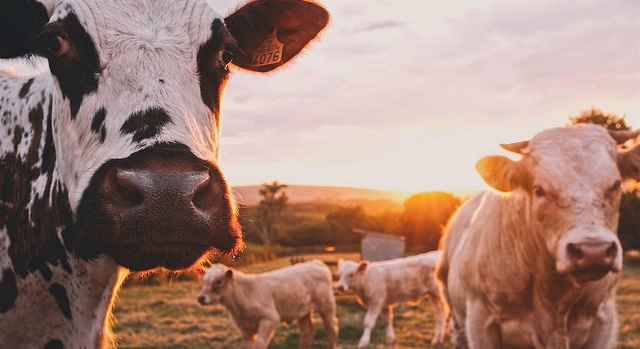 "Different types of carefully balanced diets — vegan, vegetarian, omnivore — can meet a person's needs and keep them healthy, but this study examined balancing the needs of the entire nation with the foods we could produce from plants alone. There's a difference between what's possible when feeding one person versus feeding everyone in the U.S.," says Mary Beth Hall. (Many Wonderful Artists, Flickr/Creative Commons)

WASHINGTON — What would happen if U.S. farmers stopped producing animals for food and Americans went vegan? Some have called for a move in that direction to address increasing concerns about U.S. health, eating habits, and climate change. Researchers at USDA‘s Agricultural Research Service (ARS) and Virginia Tech recently explored those questions and found surprising results.

Mary Beth Hall, an ARS animal scientist at the U.S. Dairy Forage Research Center in Madison, Wisconsin, and Robin R. White, a professor of Animal and Poultry Science at Virginia Tech in Blacksburg, VA, found that shifting land usage from food animal production to food crop production would increase the total U.S. food supply by 23 percent. Because much of that land is unsuitable for high value crops, most of the additional food produced would include high-calorie crops like corn and soybeans.

A complete shift away from food animal production would present major challenges to meeting America’s nutritional needs. With no meat, milk, eggs, fish, or cheese in our diets, the U.S. population would not receive enough of several different essential dietary nutrients from the foods they eat, according to the study results. The findings are based on information compiled in the USDA dietary guidelines.

“Different types of carefully balanced diets — vegan, vegetarian, omnivore — can meet a person’s needs and keep them healthy, but this study examined balancing the needs of the entire nation with the foods we could produce from plants alone. There’s a difference between what’s possible when feeding one person versus feeding everyone in the U.S.,” says Hall.

Eliminating food animals would increase deficiencies in calcium, vitamins A and B12 and some important fatty acids. The last are important as they help to reduce cardiovascular disease and improve cognitive function and vision in infants. Animal food products are the only available, non-supplemental sources of some fatty acids and vitamin B12.

A plant-only diet also would require individuals to eat more food and more daily calories to meet their nutritional needs from the foods they eat because the available foods from plants are not as nutrient dense as foods from animals.

Agriculture in the U.S. contributed to approximately 9 percent of the nation’s total greenhouse gas emissions in 2015, with nearly half of that total coming from animal production, according to Environmental Protection Agency (EPA) reports. The scientists determined that eliminating food animals from U.S. production would reduce greenhouse gas emissions, but not by the full 49 percent of agricultural emissions that animals currently contribute. Rather, greenhouse gas emissions from agriculture would drop by 28 percent without farmed animals because of increases associated with producing additional food crops and the use of more synthetic fertilizer to replace manure. That would represent a drop of only about 2.6 percent of total U.S. emissions.

“A take-home message from the study was that we need to expand the way we think about food production to account for the complex consequences of changing any individual piece within the wider food system,” says White.

The findings were published in Proceedings of the National Academy of Science (PNAS). The study can be found here.