Home / California / Experts weigh in on the future of drought management 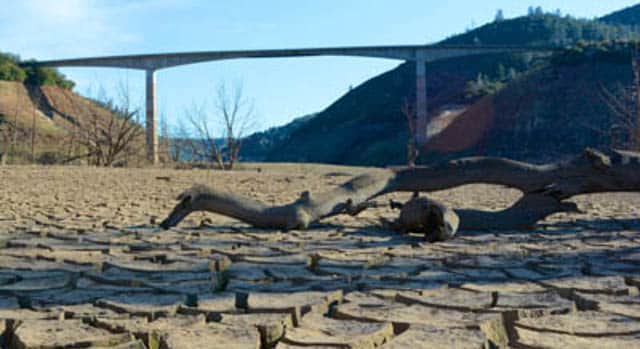 In the future, climate change is projected to increase drought risk and intensity across California and in other parts of the American West. (Courtesy Photo)

SANTA CRUZ, Calif. — Almost half of California is currently enduring an “exceptional” drought, the most severe category established by the U.S. Drought Monitor. In the future, climate change is projected to increase drought risk and intensity across California and in other parts of the American West. Reducing global greenhouse gas emissions now is crucial to limiting the damage. But adapting to the climate change impacts that are already here will also require technological innovation and long-term policy vision to protect water supply. UC Santa Cruz experts share research-based insights that could inform future drought management.

Jeremy West is an assistant professor of economics and lead author of a new paper comparing the effects of social pressure with automated enforcement technology for irrigation regulations.

As drought conditions become more frequent, policymakers are increasingly drawing on new technologies, like automated water metering, to implement water conservation policies. Our research studied two technology-driven interventions that were used by a Southern California city to encourage households to use less water during drought. The first sent automated warning letters to households that disobeyed the city’s policy of allowing lawn irrigation only on two days per week. The second sent home water reports comparing each household’s water use with that of their neighbors to build social pressure for water conservation. Both were made possible through “smart meter” automated water metering infrastructure and technology.

Using hourly data on household water consumption, our study found that both interventions resulted in water conservation, but automated warning notices reduced household water use by 31 percent, compared to roughly 3 percent for home water reports. However, warning notices caused households to shift some of their water consumption into unregulated time periods, while home water reports did not. Our research suggests that these strategies could be complementary, highlighting the merits of multidimensional conservation programs. As the technological capacity for automated enforcement grows, utilities and public policymakers will need to carefully balance the potential unpopularity of these technologies against the large social benefits of successful resource conservation.

Andrew Fisher is a professor of Earth and planetary sciences and leads The Recharge Initiative. He works around the state to enhance groundwater recharge and water quality.

Groundwater resources in California are increasingly stressed by rising demand, shifting land use, and a changing climate. My research group is collaborating with other scientists, students, agencies, foundations, and motivated stakeholders to figure out where more water could be added to recharge over-pumped aquifers, and we’re developing methods to improve water quality in the process. We helped to create, and now run, California’s first “recharge net-metering” program, where landowners can receive a water fee rebate by collecting excess stormwater and allowing it to percolate into the ground, a process called infiltration.

We’re also running simulations to figure out where there may be excess stormwater runoff, and we’re mapping promising areas where groundwater recharge could be increased. We’re helping to design, build, and validate new water collection and infiltration systems. And we’re running tests in the lab and field, including experiments during managed aquifer recharge operations, to measure water quality improvements and determine how adding amendments to soils can remove contaminants during infiltration. As climate change transforms our hydrologic cycle, new approaches are needed, including novel tools, methods, partnerships, and ways of thinking about groundwater and connected aquatic systems.

Elliott Campbell is the Stephen R. Gliessman Presidential Chair in Water Resources and Food System Sustainability and senior author of a paper that explored the potential of solar canals.

The drought puts our water problems front and center. But don’t expect the bad news to end there. Tough times for water mean tough times for energy too. When reservoir levels drop, we make less hydropower. When groundwater levels drop, we use more energy to lift water to the surface from deeper wells. But this water-energy connection isn’t all bad news.

Our research uncovered a win-win opportunity for California’s water and energy systems. Using computer simulations, we found that covering California’s 6,350 km canal network with solar panels could save water and reduce energy costs. Each kilometer of solar aqueduct conserves enough water for around 50 households. While not a silver bullet, these are significant water savings that could contribute to a portfolio of water conservation strategies.

Building drought reserves for the future

Ruth Langridge is a senior researcher and lecturer in Politics and Legal Studies and the research director for Water Management for Security & Sustainability examining groundwater governance and the linkages between groundwater, drought, land use and climate change.

Every drought over the past decade has intensified impacts to water supplies, and it is vital that policy approaches to water supply security and sustainability be re-imagined for the future. In 2014, California passed the Sustainable Groundwater Management Act (SGMA), which requires specific overdrafted groundwater basins to form local groundwater sustainability agencies (GSAs) and produce groundwater sustainability plans. SGMA was a beginning and an important effort, but the law only requires management to address groundwater storage loss after SGMA’s enactment, avoiding the issue of the already significant loss of storage that had occured before 2014. Restoring that original capacity could contribute to the state’s “strategic drought reserve.”

Meanwhile, drought-related restrictions on water use for residential and commercial users are generally rescinded during wet periods, losing another major opportunity to create reserves for dry periods. Demand management strategies can be used not just to bring a basin into sustainability, but also to maintain water demand below available supply in order to establish drought reserves. Similarly, groundwater management efforts could aim to not only refill basins during wet periods, but to also limit withdrawals during those wet periods to enable the development of a local groundwater drought reserve for use only during drought. These strategies are being more widely developed.

Brent Haddad is a professor of environmental studies and director of the Center for Integrated Water Research.

In the short run, what matters is how effective the local water agency and its oversight boards have been in establishing drought emergency plans and how successful they are in announcing and communicating them to the public. The plans themselves should be a combination of actions the region can take and incentives to private water users to reduce consumption. As the drought worsens, the incentives become stronger. In the medium term—meaning a few years before the next drought is likely to start—the agency can review and revise its drought plans, including how it will communicate with the public and what it wants the public to do.

A local water agency can also use medium-term planning to address and receive buy-in on the details of its drought plans, including difficult questions about how much different sectors—like residential, government, commercial, industrial, and agricultural—are curtailed as droughts worsen and how to deal with water wasters. Rate structures can be revised to generate strong incentives for conservation and support drought emergency funds. In the longer term, the agency should address infrastructure needs that will create a more resilient water system. These include expanding carry-over water storage capacity, leak detection, real-time flow monitoring, and pursuit of technology to develop groundwater, water reuse, desalination, or other new sources.