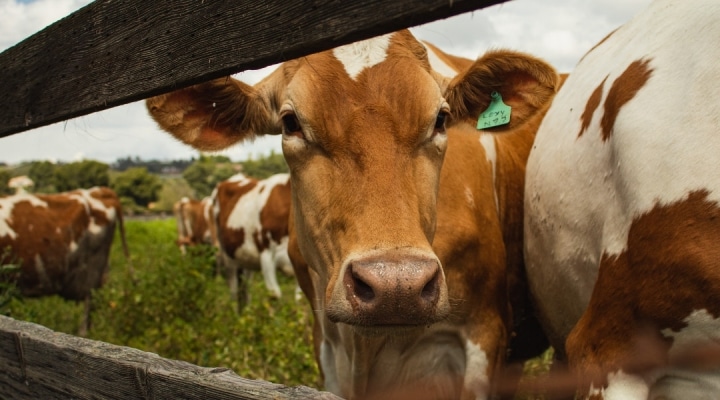 Researchers examined the cause behind poor dairy cow health at the time between giving birth and milk production. (Stock photo by Madeline Bowen on Unsplash)

CHAMPAIGN, Ill. — For dairy cows, the transition period–the time between a cow giving birth and beginning to produce milk–brings the greatest possibility of health problems. The current widespread belief is that the effects of excess nonesterified fatty acids (NEFA) in the bloodstream and the ensuing hyperketonemia during this period, coupled with low levels of available calcium, are largely responsible for disorders such as mastitis, metritis, retained placenta, and poor fertility. Much attention has therefore been devoted to regulating NEFA and calcium levels in transition cows–yet all these efforts have not made the transition period less of a challenge to cows and, hence, to farmers, with approximately 75 percent of disease occurring during the first months postpartum. Dairy producers literally pay the price in terms of reduced milk production, costs of treatment, early culling of cows, reduced reproductive abilities, and animal welfare.

In a new review in the Journal of Dairy Science, a team from the Iowa State University Department of Animal Science, Ames, IA, USA, led by Lance H. Baumgard, PhD, Norman L. Jacobson Endowed Professor in Dairy Nutrition, critically reviews the current accepted understanding of cow health during the transition period to investigate the reasons for these persistent problems and suggests lines of inquiry and perspectives on dairy cow health that may prove more effective. Their findings call into question the methods and conclusions of a large body of previous research and how such work has been applied in the dairy industry.

“During the last 50 years, dairy scientists have increasingly viewed elevated circulating NEFA and ketones and hypocalcemia as pathological and causal toward negative outcomes,” Baumgard observed.

The team found that this tenet is largely based on observational studies, epidemiology, correlations, and ex vivo immune cell function assays. “It is becoming increasingly evident that periparturient diseases and disorders cannot be explained by the severity of changes in these simple metabolites. Interpreting biomarkers as causal agents of metabolic disorders deviates from the purpose of epidemiological studies,” Baumgard added. In their review of previous research, Baumgard and colleagues emphasized the fundamental scientific principle that “correlation does not equal causation.”

Examining data both from dairy cows and across species, the team concluded that postcalving changes to energetic and calcium metabolism reflect normal biological processes. Healthy animals use these processes to maximize milk production. In other words, conditions that have been widely regarded as indicating poor health may in fact represent normal and even advantageous functions–and some of the ways in which the challenges of the transition period are addressed may actually make problems worse. Unhealthy cows (metritis, mastitis etc.) utilize similar processes to support an effective immune system. Thus, the unhealthy cow and high-producing healthy cow share similar metabolic profiles.

Baumgard and colleagues provide a basis for further investigating this perspective, with the suggestion that future research might focus on preventing immune system activation in cows, thereby reducing the negative effects of inflammation. Proceeding thus, with careful attention to scientific rigor, they hope to make progress in overcoming the transition cow health problems that remain key obstacles to profitable dairy farming and improving overall agricultural sustainability. 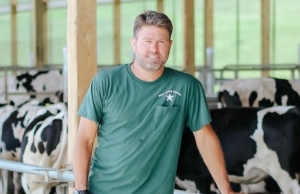 HARRISBURG, Pa. — In the Center for Dairy Excellence’s latest episode of the “Cow-Side Conversations” podcast, Tom Barley, a dairy producer from Star Rock Farms in Lancaster County, Pennsylvania, shared how their team concentrates on the smallest details to achieve peak herd performance and production. He described their goals for employee culture, nutrition, reproduction and […] 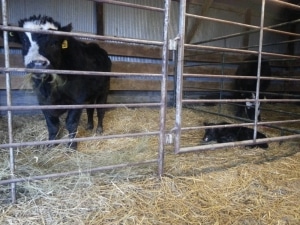 Nutrition is key in preventing problems at calving time

FARGO, N.D. — Feed quality is a major issue during drought years that can result in nutrient deficiencies in pregnant cows. These deficiencies can cause several metabolic disorders that may result in recumbency (cows going down) prior to, or after calving, warn NDSU Extension specialists. Nutrient requirements for cows in late gestation are second only […] 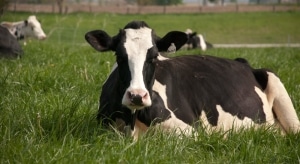 DULUTH, Ga. — “We in the dairy industry have a social contract with our consumers to keep cows comfortable,” said Linda Tikofsky, DVM, Boehringer Ingelheim. “Consumers want to be assured that dairy cows have a good life and they’re well-treated.” Cow comfort is important at all times, but particularly during the dry period. “We’ve learned […] 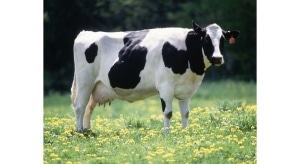 PHILADELPHIA — Maternal physiology of dairy cows shifts at the onset of lactation to adapt to the immense nutrient demands by the mammary gland, resulting in altered tissue metabolism. Research over the last decade has focused on understanding the shift in calcium metabolism, with an emphasis on the relationship of serotonin with calcium during the […] 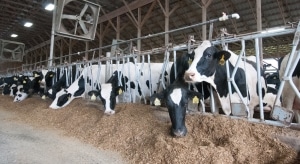 ITHACA, N.Y. — Cornell CALS PRO-DAIRY is hosting Transition Cow Tuesdays, a transition cow management webinar series, from 12:30 to 1:00 PM EDT, Tuesdays from November 2, 2021 through December 14, 2021. Have you… been working with the farm transition cow program but want to know more about the how, what and why? wanted to […]

Serving up a plate full of food conversation