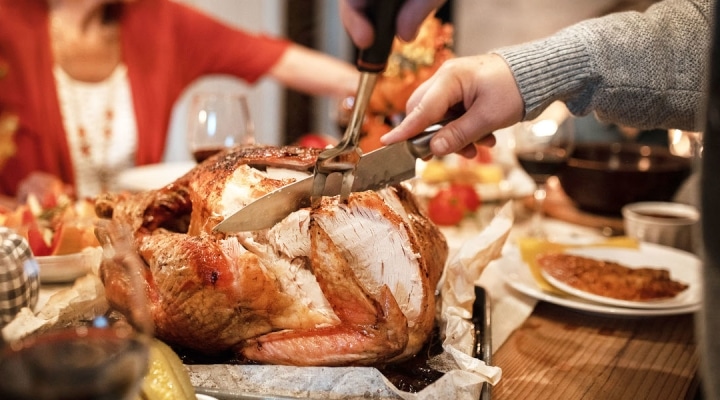 Consumers should expect to see higher prices and fewer options for holiday turkeys this year due to reduced production. (Stock photo)

The national wholesale average for whole hens is $1.35 per pound compared to $1.14 per pound this time last year, Anderson said. The five-year average per-pound price is $1.06 for those turkeys.

Wholesale boneless, skinless turkey breasts were up to $3.45 per pound compared to $1.80 per pound last year with a five-year average of $2.74 per pound.

Anderson said both turkey numbers and pounds produced are at the lowest point since 2015, a response to slipping demand.

“This has a lot to do with the fact they are producing fewer turkeys,” he said. “Other factors are a part of that, but this is more to do with years of per-capita consumption dipping and longer-term demand-side issues for the turkey industry.”

Anderson said marketing and economic changes for turkey have been driven by consumer choices around the holidays, which has historically driven the whole bird market.

The pandemic clearly impacted the number of holiday gatherings last year, which did not help the industry, but over the past several years, consumers have gone with other meat options, especially for traditional get-together style holiday lunches and dinners beyond Thanksgiving.

“We typically think of Thanksgiving and Christmas when we talk about whole turkeys, but a growing number of consumers have chosen other options like prime rib or brisket or an entirely different menu that used to represent that second bird,” he said. “It doesn’t take a large percentage of that among 330 million consumers to be a big deal.”

Anderson said the other big part of turkey consumption – as deli meats – has grown slightly over recent years but is being outpaced by other grocery store and restaurant offerings.

Anderson said prices for pork, beef and chicken are also up, but that other factors from bottlenecks to feed prices and higher demand are driving those increases. Aside from hitting consumers in the pocket, lower supplies of whole birds could mean finding the prototypical centerpiece turkeys could be more difficult this Thanksgiving.

Lower supplies and higher costs could also mean individual grocery stores may not offer feature specials on whole birds that are typically used to attract shoppers in hopes they fill their shopping carts with other related items.

“They may not be able to find certain size birds they are used to, or it may be frozen rather than fresh,” he said. “This year, buying a turkey may require being more flexible according to what is available.”