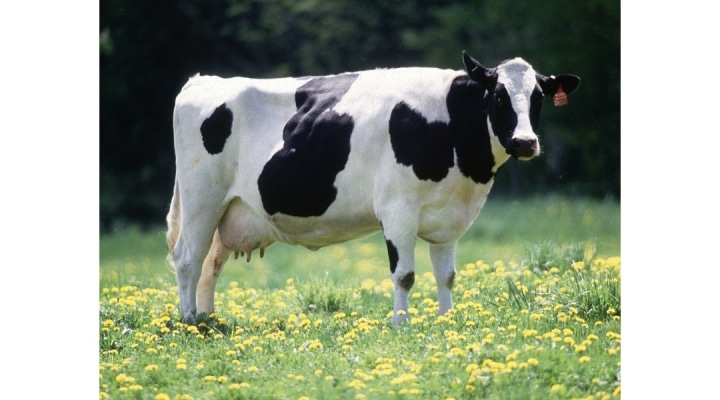 Research over the last decade has focused on understanding the shift in calcium metabolism, with an emphasis on the relationship of serotonin with calcium during the transition period and lactation. (Public Domain)

PHILADELPHIA — Maternal physiology of dairy cows shifts at the onset of lactation to adapt to the immense nutrient demands by the mammary gland, resulting in altered tissue metabolism. Research over the last decade has focused on understanding the shift in calcium metabolism, with an emphasis on the relationship of serotonin with calcium during the transition period and lactation. In a new review in the December issue of the Journal of Dairy Science® researchers examine the current knowledge on calcium metabolism, mammary calcium transport, serotonin metabolism, and the serotonin-calcium axis.

This review by scientists from the Department of Animal and Dairy Sciences, University of Wisconsin, Madison (USA), focuses on dairy cows during the period just before, during, and after giving birth. “Due to the rapid and robust demand for calcium at the onset of lactation by the mammary gland, a dynamic change in calcium metabolism ensues as the mammary gland’s demand for calcium in the blood and extracellular pools outpaces the rate at which pools can be maintained,” said first author Meghan K. Connelly, PhD student.

Without accommodating for this shift in calcium metabolism, disruptions in calcium balance can lead to an increased risk of displaced abomasum, ketosis, mastitis, and metritis. Research has found that as much as 50% of cows who have previously given birth experience subclinical hypocalcemia, with older cows experiencing greater calcium balance disruptions than cows who have not previously given birth.

Blood calcium levels are tightly regulated through an integrated homeostatic process that is controlled by hormones, vitamin D, and proteins in a negative-feedback loop. The synthesis and secretion of these hormones, including parathyroid hormone-related peptide (PTHrP), is prompted by low blood calcium concentrations. More recently, PTHrP has been found to correlate with serotonin during lactation.

Recent data have shown that lactation results in a substantial increase in serotonin concentrations in the blood. “Recently, an interesting relationship between serotonin and calcium has been demonstrated during lactation, with significant changes in both calcium and serotonin physiology occurring at the onset of lactation and being mammary driven,” said Connelly.

Mammary serotonin drives mammary production of hormones and peptides that ultimately modulate mammary calcium transport. Additionally, prepartum infusion of 5-HTP (the immediate precursor to serotonin) increases serotonin levels in the adult dairy cow and improves calcium metabolism postpartum. This increase in serotonin is thought to cause a transient hypocalcemia as calcium is directed out of blood and into milk. The resulting decrease in calcium concentration in blood allows the bone to release calcium into peripheral pools to support mammary calcium demand, driving calcium metabolism.

The review concludes with strategies to mitigate hypocalcemia, including feeding a negative dietary cation-anion difference diet or a calcium binder for prevention, or oral, intravenous, and subcutaneous calcium therapies postpartum for treatment. Connelly and colleagues note that although the exact mechanisms of serotonin’s ability to improve calcium metabolism remain unclear, further consideration of serotonin as a hormone in calcium metabolism is warranted.