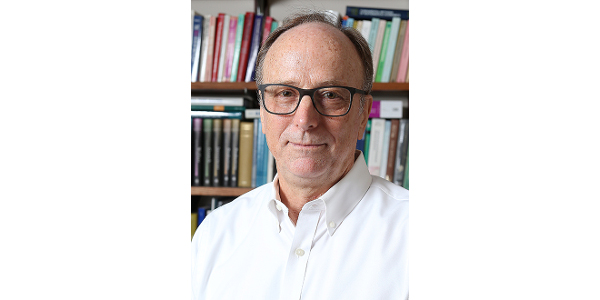 "Our goal with this conference is to stimulate a dialog about long-term sustainability challenges and solutions in agriculture, and there are plans to make this a stepping stone that we can build upon," said Thomas Hertel, a Purdue Distinguished Professor of Agricultural Economics who is organizing the event and participated in the three research policy briefs being discussed. (Courtesy of Purdue University)

WEST LAFAYETTE, Ind. — A hungry and growing population will put a strain on agriculture and the environment in the middle of this century. How those challenges are addressed will impact every person, every acre of land and each drop of water on the planet.

Already, 2.1 billion people lack safe drinking water, and 795 million suffer from chronic hunger. And the world population is projected to grow by 2.9 billion people by 2050.

Purdue University researchers are on a mission to be part of the solution. Their research efforts have projected how future food demand will impact water usage, agricultural productivity growth and nitrogen levels from ag-related activities. Those findings, and the policy implications for each, will be examined during a Monday (Sept. 17) daylong event at the National Press Club in Washington, D.C.

The Conference on the Long Run Sustainability of U.S. Agriculture will feature panels to summarize and discuss three Purdue research projects and will end with a closing session to chart next steps and a research and policy agenda for the future. Attending the invitation-only conference will be panel experts and an audience representing 75 leaders from the private sector, non-governmental organizations, government and academia.

“Our goal with this conference is to stimulate a dialog about long-term sustainability challenges and solutions in agriculture, and there are plans to make this a stepping stone that we can build upon,” said Thomas Hertel, a Purdue Distinguished Professor of Agricultural Economics who is organizing the event and participated in the three research policy briefs being discussed. “This encapsulates all of Purdue’s land-grant missions in that it enhances education, stimulates cutting-edge research and involves an outreach component to inform policy and decision making.”

The research was funded by the U.S. Department of Agriculture‘s National Institute of Food and Agriculture (NIFA), and an Andrew W. Mellon Foundation grant made it possible to develop the policy briefs, which summarize the work to communicate findings to the public. In addition to support from NIFA and the Mellon Foundation, the conference was supported by Purdue University, the Purdue Global to Local Analysis of System Sustainability (GLASS) project and the Purdue Policy Research Institute, which is located in the university’s Discovery Park.

Summaries of the three conference research panels are as follows:

* Panel 1 – “Land and Water Sustainability Stresses at Mid-century: Global Drivers of Local Change.” As U.S. farmers ramp up production, some areas are faced with unsustainable usage of land and water resources. For example, agricultural product demand in South Asia and China alone accounts for about 25 percent of U.S. cropland expansion to mid-century, according to the researchers. Groundwater withdrawals exceed recharge rates on 15 percent of U.S. lands, most of which is used for irrigated agriculture. These pressures could threaten the nation’s ability to meet future water needs. According to the researchers: “… any attempt to restrict water for irrigation will result in the reallocation of cropping activity overseas, as well as to other regions of the country. And the longer sustainability regulations are delayed, the more difficult will be this adjustment. Dealing with this sustainability challenge will no doubt require multiple interventions as well as institutional reforms.”

* Panel 2 – “Productivity Growth is Key to Achieving Long Run Agricultural Sustainability.” Public research and development dollars fueled the growth of U.S. agricultural output. However, since 1980 such spending has remained flat, hampering the pace of agricultural growth. According to the authors: “Looking ahead to mid-century, the current, relatively flat, spending path will result in slowing output and export growth accompanied by increased environmental stresses. By accelerating investments in public R&D, the United States can achieve a more rapid growth of output and exports over the coming decades, even as groundwater and land-use stresses are moderated.”

The paper’s authors are Uris Baldos and Thomas Hertel. The paper is available here.

* Panel 3 – “Evaluating Alternative Options for Managing Nitrogen Losses from Corn Production.” Agricultural activity has led to increased levels of nitrogen in the soil, groundwater, streams and rivers, leading to losses in biodiversity as well as human health risks. The National Hypoxia Task Force has called for a 45 percent reduction in nitrogen losses to reduce the size of the “dead zone” in the Gulf of Mexico. This brief examines alternative solutions, ranging from market-based strategies, to improvements in nitrogen-use efficiency, to conservations practices. The authors find that this ambitious goal could potentially be reached through a combination of abatement strategies. The most promising strategy is one that combines improvements in the timing and application of nitrogen fertilizer with the creation of managed wetlands in suitable locations to collect nitrogen runoff from farm fields.

The topics of the policy briefs are also a main focus of the Purdue Giant Leaps Sesquicentennial Campaign and its Ideas Festival theme, Giant Leaps to a Sustainable World – Innovate Today for a Sustainable Tomorrow.

Dairy farms innovating their way to a sustainable future
November 29, 2020