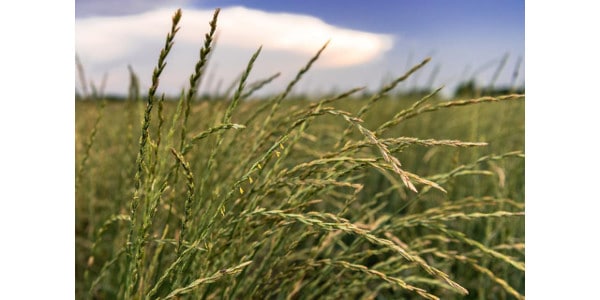 Figure 1. Kernza® research fields in July 2019 at the Land Institute in Salina, Kansas. All Images are covered by a Creative Commons license (CC-BY-NC-ND). Photos copyright The Land Institute (landinstitute.org).

LINCOLN — A research project is underway to evaluate the performance of intermediate wheatgrass (Thinopyrum intermedium), registered by The Land Institute under the trade name Kernza®, as a potential cash grain crop for Nebraska producers (Figure 1). There are a small number of Nebraska growers working with this new crop, and the following results represent the first coordinated research effort in the state.

Kernza® is a low-input perennial grain with opportunity for use as a dual-use crop. It is a cool-season grass originating in Eurasia, studied by scientists at the Land Institute for several decades. Over the selection cycles, plant breeders continue to improve characteristics such as grain size and disease resistance. The project was designed to continue developing alternative cash crop opportunities for Nebraska producers looking to increase the net return and sustainability of their operations. It has been supported by faculty, students and technicians.

The team launched its collaboration with The Land Institute in 2018 with the planting of a variety trial on East Campus in Lincoln, Nebraska. This experiment is in its third year, with two years of harvest data for nine different Kernza® varieties: four from The Land Institute and five from the University of Minnesota (Figure 2).

Overall, crop performance was equivalent to or greater than most other participating locations, including the greatest seed yield in year one relative to any of the varieties at any of the sites (Figure 3). Grain yields in some, but not all, varieties increased in year two. Kernza® grain yields are known to decline in successive years, and the variety trial experiment will continue into years three and four to test performance in this environment relative to other locations. Overall, we found that this is promising initial data to demonstrate that the crop performs well in eastern Nebraska.

What are the Benefits of Kernza® Perennial Grain?

In the Nebraska experiments, the crop required limited management, with annual spring fertilizer application of approximately 60 lbs of nitrogen and herbicide applications during the first spring to control winter annual weeds (Table 1). No herbicides have been applied since the establishment year due to weed suppression occurring from the Kernza® stand.

From a dual-use perspective, experiments in Minnesota demonstrated that defoliation (removal of leaves via hay harvest, burning or grazing) in both fall and spring increased grain yields relative to no defoliation, particularly in the first two years. They additionally note the increased revenue from harvesting Kernza® for both straw and hay. In Wisconsin, researchers found forage nutritive value of Kernza® suitable for beef and dairy cows, as well as growing heifers. All of this suggests potential for Kernza to support crop and livestock producers in the state.

What is Next for Kernza® Perennial Grain Research in Nebraska?

Nebraska researchers are a part of USDA-funded initiative with an overall goal of expanding the research, education, commercialization and policy innovations required to scale up Kernza® use in the United States. This project will support two new field experiments planted in 2021: one will evaluate nitrogen, phosphorus and potassium application rates and timing, as well as environmental performance including soil and water impacts relative to a corn-soybean crop rotation, and a second will evaluate advanced Kernza® genetic lines managed with narrower and wider row spacing. Both experiments will be replicated at several different locations including Minnesota, Wisconsin and Ohio.

The research team will continue to publish relevant findings via CropWatch. Producers interested in growing the crop should contact The Land Institute, or consult their grower’s guide on approaches to managing the crop with relevant information on planting, harvesting, fertility, disease management and more.

Hereford youth get up close look at cattle feeding industry