Home / National / EU trade deal with Japan likely
A new user experience is coming! We'll be asking you to login to your Morning Ag Clips account March 1st to access these new features.
We can't wait to share them with you! Read more here. 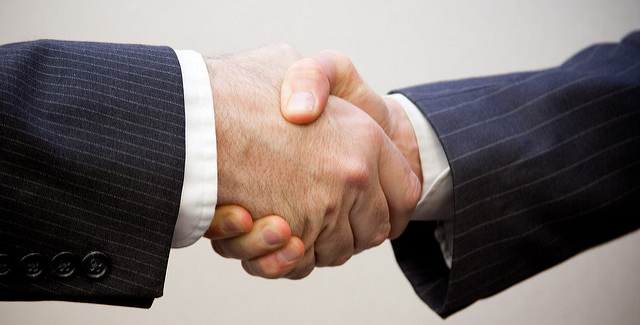 Both Japan and the EU have a tradition of protecting their politically powerful farm sectors, and dairy products are an especially sensitive issue for the EU, with its long traditions and half the world's market share for cheese. (Flazingo Photos, Flickr/Creative Commons)

TOKYO (AP) — Japan and the EU could forge a trade agreement later this week, Cecilia Malmstrom, the European Commissioner for Trade, said Monday.

Malmstrom told reporters in Madrid she was hopeful the two sides would resolve remaining differences and announce a deal when Japan’s prime minister meets EU leaders in Brussels ahead of a summit of the Group of 20 industrial nations in Germany.

“The Japanese don’t agree with some of the key technical issues (in the deal) which are fundamental for the EU, especially those referred to investment,” Malmstrom said in a speech to a conference in Madrid.

She did not go into detail.

Japan’s foreign minister, Fumio Kishida, said over the weekend that he was hopeful the two sides would resolve remaining differences, mainly over trade in cheese and autos and was ready to visit Brussels this week to help the talks along.

Talks on the proposed Economic Partnership Agreement for two of the world’s biggest economies ended late Saturday in Tokyo with officials saying they believed a deal was within reach.

Such a deal will require finessing Japan’s protections for its dairy farmers, whose home market is protected by tariffs of up to 40 percent on processed cheese.

Japan wants the EU to lift tariffs on autos, a demand that EU officials said was difficult to do immediately. Both sides are asking the other to open their markets to each other’s wines, and there are a few other issues still yet to be resolved, the Yomiuri and other newspapers reported.

It was unclear just what the potential for compromise on cheese might be, given Japanese farm minister Yoji Yamamoto’s rejection of a EU request that Japan match its commitments for relaxing its trade rules on cheese imports to match those it agreed to in negotiations with members of the Trans-Pacific Partnership.

That trade pact was cast into question by U.S. President Donald Trump’s decision to pull out of the formerly U.S.-led Pacific Rim trade initiative. But the 11 remaining members have been discussing ways to pursue a revised version without the U.S. as the anchor.

Australia and New Zealand, the biggest exporters of cheese and other dairy products to Japan, fought hard to persuade Tokyo to gradually open its market over a 15-year period.

Both Japan and the EU have a tradition of protecting their politically powerful farm sectors, and dairy products are an especially sensitive issue for the EU, with its long traditions and half the world’s market share for cheese.

Japanese eat only about 2 kilograms (about 1 pound) of cheese per person a year, way less than Europeans, partly because of different tastes and food cultures, and partly because costs are so high. A small, chocolate-bar sized block of imported Parmesan costs over $7 and a similar amount of Swiss cheese at least $6.

Costs are relatively high thanks to a complicated system that is engineered to ensure the country’s 17,700 dairy farmers, overwhelmingly small family businesses, continue to provide a stable supply of raw milk, even though their average costs are double those of farmers in Europe and the U.S.

About a quarter of the cheese imported into Japan is reprocessed and repackaged so as to “add value” before products reach consumers.

A glut in milk production in the past two years in the U.S., Europe and Oceania has helped push prices lower and boosted imports, according to a recent U.S. Department of Agriculture report. It also has lent urgency to the EU’s effort to win easier access to Japanese consumers.

First use of wild potato in N. America