Home / National / EU scheme helps reduce milk production
A new user experience is coming! We'll be asking you to login to your Morning Ag Clips account March 1st to access these new features.
We can't wait to share them with you! Read more here. 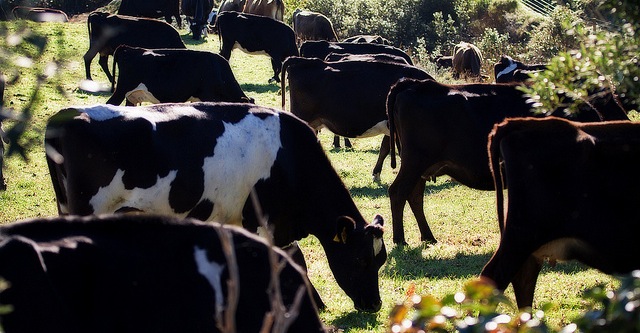 The voluntary milk production reduction scheme was one of the several tools deployed by the European Commission to support farmers facing the crisis that hit the sector. (Dave Young, Flickr/Creative Commons)

BRUSSELS — More than 48,000 milk farmers from across the EU have applied for support from the EU for agreeing to voluntarily reduce their production of milk by nearly 861,000 tons in the last quarter of 2016 and in January 2017.

This EU milk production reduction scheme, launched last summer and financed with 150 million euro, was one of the flagship measures decided by the European Commission to face the milk crisis. It contributed to rising trends in EU milk prices these last few months, bringing markets closer to balance.

The voluntary production reduction scheme is a measure which had never been done before, but which has been a clear success. There has been a quick and unmistakable price recovery, with the milk market witnessing a rising trend for a number of months. EU average farm gate milk prices have increased by 31 percent since last summer, up to 33.7 c/kg in February.

With final figures received today from Member States for the second reduction period (November 2016 to January 2017), we can now provide the full overview of this exceptional, one off scheme launched by the European Commission (for both the 1st and 2nd reduction periods): 48,288 milk producers reached a total production reduction of 860,907 tons of milk. The scheme’s wide take-up shows that it responded to farmers’ needs.

The voluntary milk production reduction scheme was one of the several tools deployed by the European Commission to support farmers facing the crisis that hit the sector. In total, more than €1 billion has been mobilized since September 2015 in the form of market measures like public intervention and private storage for dairy products and other exceptional measures.