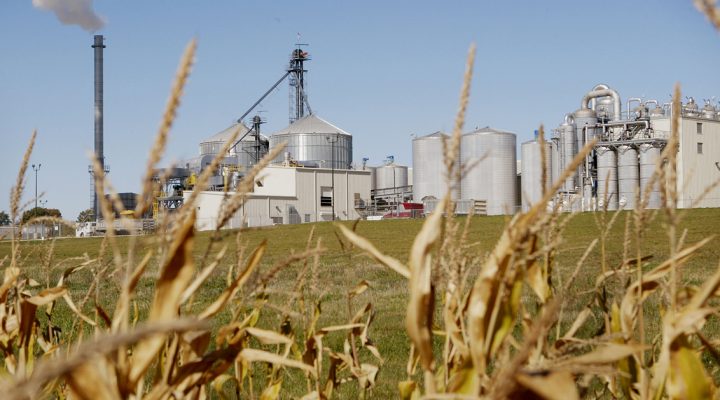 Ethanol proponents, retail fuel executives and farmers discussed the benefits of the corn-based fuel at the Indiana Corn Growers Association's High Octane Fuel Summit on May 2 at Dallara’s showroom and museum in Indianapolis. (Photo by Scott Olson/Getty Images)

INDIANAPOLIS — As mechanics and engineers at the Dallara factory completed final touches on the cars that will race at the Indy 500 later this month, ethanol proponents, retail fuel executives and farmers discussed the benefits of the corn-based fuel that will power those cars. The Indiana Corn Growers Association (ICGA) hosted its High Octane Fuel Summit on May 2 at Dallara’s showroom and museum in Indianapolis. Fuel experts agree that ethanol fuel blends improve efficiency and performance in modern automobiles.

“This event sparked some excitement for everyone,” said ICGA President Sarah Delbecq, who is a farmer from Auburn, Ind. “The Summit was a gathering of diverse stakeholders and helped all ethanol supporters find their place in the conversation. We all come from different places, but we all bring different things to the table. We can help move forward the larger goal of selling more ethanol to the finish line.”

Many consumers are unaware of the health benefits of cleaner-burning octane from ethanol. Angela Tin of the American Lung Association explained the importance of switching from aeromatics as an octane source to cleaner burning ethanol. “Every fuel you pick has an impact,” she said as she explained the dramatic impact E10 ethanol blend fuels have had on improving air quality since their inception in 1995.

Geoff Cooper, President and CEO of the Renewable Fuels Association, told fuel retailers at the Summit that American consumers want renewable, cleaner-burning fuels such as ethanol.

“Ethanol is the highest octane source on the marketplace,” Cooper said. “It’s also the cleanest octane available, and it’s the lowest cost octane source available. So, as automakers look at how to build more efficient engines, a big piece of that is what fuel is going to be used in these engines. If we’re going to use a high octane fuel, they can get significant efficiency increases. We know ethanol has a tremendous role to play in that high-octane fuel future, especially because it also reduces carbon emissions – which is another policy goal.”

The Indiana Corn Growers Association, which works with the state and federal governments to develop and promote sound policies that benefit Indiana corn farmers, consists of 9 farmer-directors who provide leadership to the organization on behalf of the nearly 600 ICGA members statewide. Learn more at www.incorn.org/icga