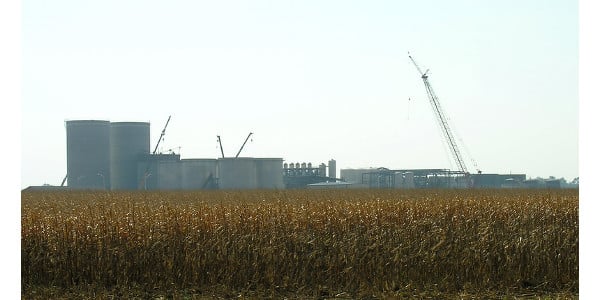 WASHINGTON — Ethanol and farm groups Wednesday welcomed the Trump administration’s decision not to seek a re-hearing of a recent ruling by the U.S. Court of Appeals for the Tenth Circuit that struck down certain small refinery exemptions (SREs) under the Renewable Fuel Standard. On Jan. 24, a panel of Tenth Circuit judges unanimously ruled that the U.S. Environmental Protection Agency had vastly exceeded its authority in granting exemptions from 2016 and 2017 RFS requirements to three refineries.

The challenge was brought against EPA in May 2018 by the Renewable Fuels Association, National Corn Growers Association, American Coalition for Ethanol and National Farmers Union in response to the massive demand destruction caused by the Agency’s illegal and indiscriminate use of SREs. In the wake of Wednesday’s decision not to seek a re-hearing of the Renewable Fuels Association et al. v. EPA decision, the four groups called upon the EPA to immediately apply the court decision nationwide. The renewable fuels coalition released the following statement:

We are pleased the Trump administration has decided not to side with oil refiners in seeking a re-hearing of this unambiguous and well-reasoned court decision in the Tenth Circuit. We trust this also means the administration does not plan to petition the Supreme Court for an appeal. Abiding by the court’s ruling is the right thing to do at a time when our industries and rural America are already suffering from the effects of COVID-19, the Saudi-Russia oil price war and ongoing trade disputes. We look to the RFS as a source of demand stability and certainty, especially in these troubling times. Requesting a re-hearing would have only prolonged uncertainty in the marketplace and exacerbated the pain and frustration already being experienced in the Heartland. With this key milestone now behind us, we look forward to EPA applying the Tenth Circuit decision nationwide to all SRE petitions, beginning with the 25 pending petitions for 2019 exemptions.

In addition, the coalition noted that fully restoring the integrity of the RFS means also taking immediate action to restore 500 million gallons of inappropriately waived 2016 blending requirements, as ordered by the U.S. Court of Appeals for the D.C. District in 2017 (Americans for Clean Energy v. EPA). “This is EPA’s opportunity to turn the page and start a new chapter—one in which the Agency faithfully follows the law and implements the RFS in a manner consistent with Congressional intent,” the coalition stated.

For the 2016-2018 RFS compliance years, EPA issued 85 SREs, eroding more than 4 billion gallons of renewable fuel blending requirements. In addition to the Tenth Circuit decision and ACEI remand, the coalition continues to consider other actions that can recapture that lost demand.