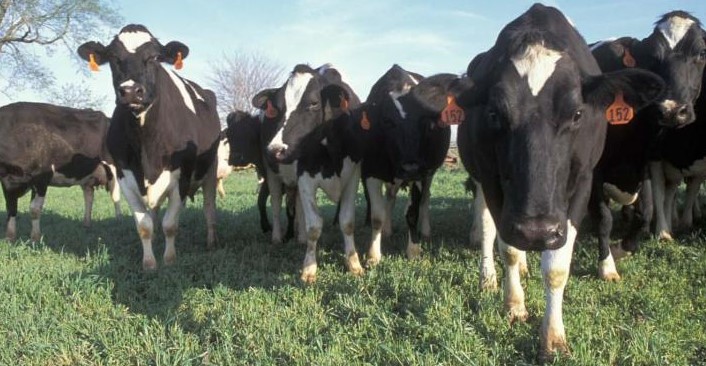 Having more accurate models for predicting enteric methane emissions from livestock is important because these emissions represent a significant portion of global greenhouse gases blamed for causing climate change. And if current and future mitigation efforts are to be measured and analyzed for their effectiveness, regulatory agencies must have accurate data for existing enteric methane levels and resulting decreases. (USDA)

STATE COLLEGE, Pa. — Leading the worldwide effort to get a better handle on methane emissions from animals, an international consortium of researchers devised more accurate models to estimate the amount of the potent greenhouse gas produced by dairy cattle.

In a large study that involved individual data from more than 5,200 lactating dairy cows, assembled through a collaboration of animal scientists from 15 countries, researchers discovered that methane emissions from dairy cattle can be predicted using simplified models. Because feed dry-matter intake is the key factor for methane production prediction, the new models require readily available feed-related variables.

“Developing such a large database of individual animal data has never been done before,” he said. “When we put this project together four years ago, we contacted researchers around the world with a consortium agreement so we could collect confidential data from their studies, and they provided individual animal data for methane emissions and all related measurements. That gave us the opportunity to develop more robust, more accurate prediction models for enteric methane emissions.”

Although complex models that use both feed intake and detailed chemical composition had the best performance in predicting methane production, models requiring only feed dry-matter intake and dietary fiber content had the second-best predictive ability. Those offer an alternative to complex models currently being used by regulatory agencies such as the U.S. Environmental Protection Agency.

“The EPA inventory is based on a complicated set of equations with high uncertainty,” Hristov said.

A major finding of the research, which was published this month in Global Change Biology, is that revised methane emission conversion factors for specific regions are expected to improve emission estimates in national inventories. The concept of applying a methane emission conversion factor was introduced by the Intergovernmental Panel on Climate Change to indicate the proportion of an animal’s energy intake that is converted to energy in methane.

This factor is widely used for national greenhouse gas emission inventories and global research on mitigation strategies. The research by the consortium, Hristov noted, offers opportunities to include region-specific methane conversion factors in national inventories. This is essential to improve the accuracy of carbon footprint assessments of dairy cattle production systems in regions around the world and to help devise mitigation strategies.

“Dairy cows in different regions of the world, depending on their diets, their genetics and their management systems, belch different amounts and intensities of methane,” Hristov said.

The team that conducted the study — part of the Feeding and Nutrition Network of the Livestock Research Group within the Global Research Alliance for Agricultural Greenhouse Gases — is currently developing similar databases for predicting enteric methane emissions from beef cattle, sheep and goats. “We started with dairy cattle because more research data is available for dairy animals,” Hristov said.

Having more robust and accurate models for predicting enteric methane emissions from livestock is important, Hristov pointed out, because these emissions represent a significant portion of global greenhouse gases blamed for causing climate change. And if current and future mitigation efforts are to be measured and analyzed for their effectiveness, regulatory agencies must have accurate data for existing enteric methane levels and resulting decreases.

Thirty-six researchers from the U.S., Europe, Australia and New Zealand were involved in the study.

The core project, GLOBAL NETWORK, led by Penn State, was developed by a consortium of eight countries — U.S., U.K., Netherlands, France, Spain, Ireland, Switzerland and Finland — and was funded by national governments mostly via the Joint Programming Initiative on Agriculture, Food Security and Climate Change. The U.S. Department of Agriculture funded the U.S. researchers.