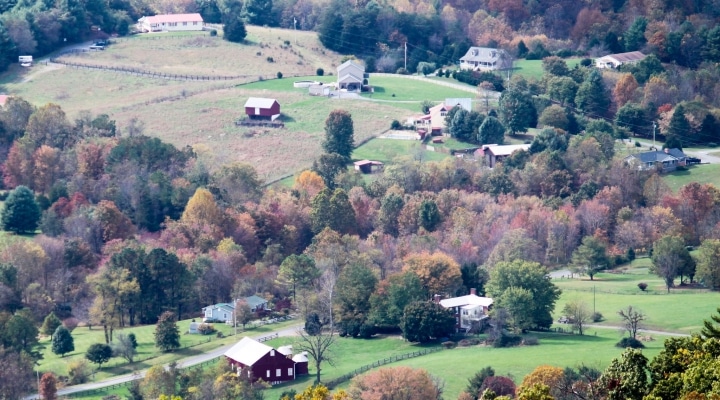 A formal succession plan for family land ownership can secure and sustain prosperity for future generations. This reality has enhanced opportunities for some Virginia farm families, but has hurt others. (photo by Martyn Smith, creative commons/flickr.com)

NEW MARKET, Va. — A formal succession plan for family land ownership can secure and sustain prosperity for future generations. This reality has enhanced opportunities for some Virginia farm families, but has hurt others.

A February webinar, organized by the Alliance for the Shenandoah Valley, explored the topics of family land, farming and race. It also addressed Virginia’s recent efforts to slow the loss of family-owned farmland, and how to ensure that historically underrepresented groups can continue farming.

Ebonie Alexander, executive director of the Black Family Land Trust, said the 1920s were the height of African American U.S. land ownership, at about 15 million acres. Between then and early 2000, 90%-97% of those land assets were lost due to systemic discriminatory practices. Alexander said that heirs’ property—informal generational property transfers that occur without wills or estate plans—resulted in fractional ownership.

“Heirs’ property is one of the leading causes of land loss in the African American community today,” Alexander explained. She said the loss can be attributed to a lack of access to competent legal services and affordable resources to build solid wills and estate plans.

“Land should be a performing asset for current and future generations,” she said. “A landless people is a powerless people.”

“Planning needs to be done and reviewed when laws change, and when the dynamics of the family change,” explained Martin, who helps farmers connect with attorneys offering reasonable rates. “All parties need to meet face-to-face and discuss the challenges that land ownership brings, and make a plan now!”

Participants were made aware of a bill passed by the Virginia General Assembly that gives landowners more time to pay delinquent taxes and research heirs’ property ownership to save land from being sold to pay taxes. HB2165 is currently awaiting the governor’s approval.