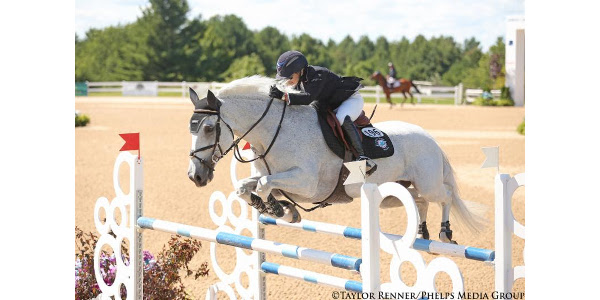 TRAVERSE CITY, Mich. — Excitement continues to build as the 2017 Great Lakes Equestrian Festival (GLEF) returns to the spectacular Flintfields Horse Park in Traverse City, Michigan, for Week One July 5-9. This year’s edition of GLEF promises an even better overall experience with world-class hunter, jumper and equitation riders competing over the course of six weeks.

Experience the heart-stopping thrill of grand prix show jumping each Sunday this summer featuring top riders from across the county! Gates open at noon, and weekly grand prix competitions begin at 2 p.m. The first grand prix competition of the 2017 GLEF will be held on Sunday, July 9, with the $50,000 Meijer Grand Prix.

Other highlights from Week One will include the $5,000 USHJA National Hunter Derby on Sunday, presented by Greg Crolick Stables and Grosse Pointe Hunt Club.

The first of two Black Star Farms VIP Wine Club tastings/pick-up parties throughout GLEF will also be held during Week One on Friday, July 7, at 3 p.m. at the Hunter Pavilion. Order online here between July 1-Aug. 7. Enter the code Equestrian at check-out and receive 20 percent off your entire order. Your choice of any of Black Star Farms’ international award-winning wines will be delivered and available to pick up at GLEF during either of the tastings/pick-up parties.

New to this year’s schedule is “Equitation Tuesday,” which will provide GLEF equitation exhibitors the opportunity to compete in the beautiful, expansive Grand Prix Ring for the first time as well as collect double the amount of valuable qualifying points per week in one location! The first “Equitation Tuesday” of the circuit will be held during Week Two followed by Weeks Three, Five and Six.

Later on, Week Two will host the $35,000 World Equestrian Center (WEC) Welcome Stake CSI2*. The WEC will also have a boutique trailer onsite at the Flintfields Horse Park throughout the series.

The action will continue throughout the summer with the $50,000 Great Lakes Grand Prix CSI2*, presented by North Face Farm, and the $5,000 Gene and Georgetti USHJA National Hunter Derby during Week Three on Sunday, July 23.

The series will conclude on Sunday, Aug. 13, with the highly anticipated $100,000 Grand Traverse Grand Prix CSI3*, which was won by Chile’s Samuel Parot and Quick Du Pottier in 2016.

The 2017 GLEF is still accepting entries for Weeks Three-Six. Do not miss the show of the summer in beautiful Traverse City! Click here to submit your entry form today.