Home / Ohio / EQIP funding for wild turkey habitat in Ohio
A new user experience is coming! We'll be asking you to login to your Morning Ag Clips account March 1st to access these new features.
We can't wait to share them with you! Read more here. 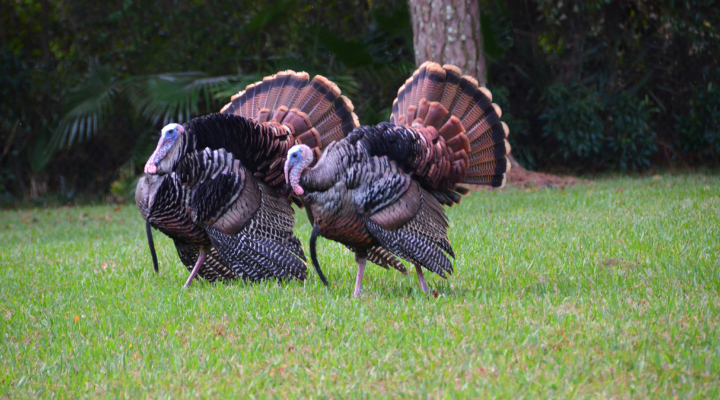 COLUMBUS, Ohio — The U.S. Department of Agriculture’s (USDA) Natural Resources Conservation Service (NRCS) has announced a statewide effort focused on creating and improving wild turkey habitat in Ohio. Private landowners and producers can apply for funding through the NRCS Environmental Quality Incentives Program (EQIP). Applications for EQIP are taken on a continuous basis, however, interested landowners are encouraged to contact their local NRCS service center prior to the January 14, 2022 signup deadline for fiscal year 2022 funding.

“Private landowner involvement is such an important piece in preserving this iconic species,” said Jon Bourdon, NRCS Acting State Conservationist in Ohio. “The wild turkey is an important upland species that thrive in habitats that are attractive to a number of other species. Through EQIP funding, we can promote conservation practices that generate the important nesting and brood-rearing habitat crucial to their survival.”

Wild turkeys were absent from the state for more than 50 years before they were successfully reintroduced to southeast Ohio in the 1950s. The wild turkey population grew and expanded for decades thanks to restoration efforts by the Ohio Division of Wildlife and the National Wildlife Turkey Federation (NWTF), habitat improvement, and the adaptability of the species. Although often associated with mature forests, wild turkeys live successfully in areas with as little as 15 percent forest cover. Wild turkeys are now found in all 88 counties in Ohio and have become the state’s most popular upland game bird.

“A renewed focus on creating and improving nesting and brood-rearing habitat will provide a much-needed boost for Ohio’s wild turkey population,” said Division of Wildlife Chief Kendra Wecker. “The EQIP partnership provides Ohio landowners with the necessary resources to enhance these spaces for wild turkeys and other native wildlife.”

NWTF also supported the effort to and is prepared to lend a hand implementing the program.

“The NWTF works hand in hand with our state, federal, and non-governmental organization partners, as well as private landowners to conserve wild turkeys and preserve our hunting heritage, said NWTF District Biologist Ryan Boyer. “It’s partnerships like these with the NRCS, NWTF, and the Ohio Division of Wildlife which brings a multi-agency approach focused on promoting healthy and sustainable wild turkey populations and provide private landowners with the tools they need through EQIP to be impactful.”

NRCS conservation practices including wildlife habitat plantings, early successional habitat development and invasive species removal are among the key practices available to promote important wildlife habitat. Landowners who implement these practices will not only promote wild turkey habitat, but further enhance their property value to other species such as songbirds, white-tailed deer, cottontail rabbits, and pollinators.