Home / Michigan / EPA: Three popular insecticides may harm endangered species
A new user experience is coming! We'll be asking you to login to your Morning Ag Clips account March 1st to access these new features.
We can't wait to share them with you! Read more here. 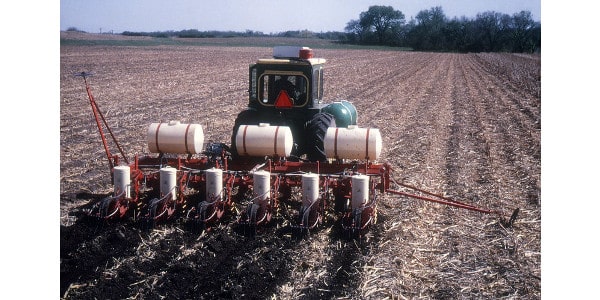 EPA evaluated clothianidin (commonly sold as Arena and Belay), imidacloprid (commonly sold as Gaucho and Marathon Admire, Merit, and Premise), and thiamethoxam (commonly sold as Centric, Meridian, Helix XTra, Platinum and Cruiser) to determine whether they may affect one or more species listed under the Endangered Species Act or their designated critical habitats.

Each of the three insecticides are a neonicotinoid used on a variety of crops, turf, and ornamentals, among other residential and commercial indoor and outdoor uses.

Imidacloprid is commonly applied as a seed treatment and is a widely used insecticide in North America.

The EPA estimates the following percentages of each insecticide are applied to Michigan crops not including seed treatments:

“It’s important for Michigan’s farmers to know that draft evaluations are not regulations, and EPA does not solely rely on them to determine if mitigations are needed.”

According to the EPA, an LAA determination means that EPA reasonably expects that at least one individual animal or plant, among a variety of listed species, may be exposed to the insecticide at a sufficient level to have an adverse effect.

The EPA said the LAA threshold for a Biological Evaluation is very sensitive because the likely “take” of even one individual of a species, which includes unintentional harm or death, triggers an LAA determination. This is the case even if a species is almost recovered to a point where it no longer needs to be listed.

EPA documents state, “If jeopardy or adverse modification is determined, U.S. Fish and Wildlife Service and the National Marine Fisheries Service with input from EPA, will propose additional protections.”