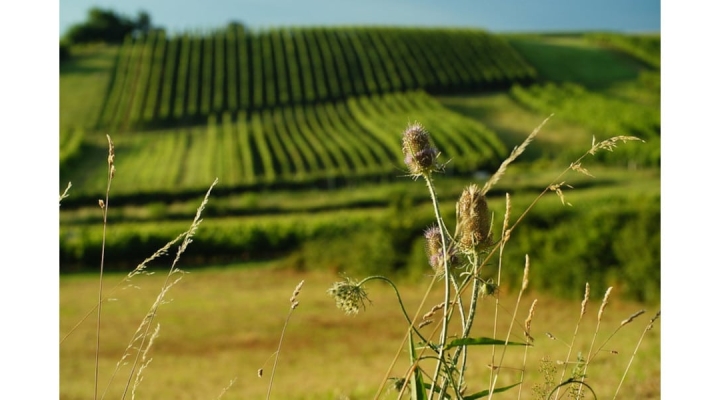 The EPA announced it is reopening the finalized reregistration of atrazine, which puts this key crop protection tool and today’s carbon-smart farming practices in jeopardy, and a coalition of agriculture groups that are involved in regulatory issues are in opposition. (Photo: Bernhard Friess, Flickr/Creative Commons)

MANHATTAN, Kan. — In an unprecedented move, EPA announced it is reopening the finalized reregistration of atrazine, putting this key crop protection tool and today’s carbon-smart farming practices at risk. This is according to the Triazine Network, a coalition of agriculture groups that have been involved in regulatory issues related to triazine herbicides since 1995.

At issue is the aquatic ecosystem concentration equivalent level of concern (CE-LOC). In a published decision that concluded the registration review of atrazine in 2020, EPA set the atrazine CE-LOC at 15 parts per billion (ppb). Environmental activist groups retaliated with a lawsuit in the Ninth Circuit Court of Appeals. This opened the door for EPA to shift tactics and alter its decision. EPA proposed an ultra-low CE-LOC of 3.4 parts per billion, which would have devastating impacts on farmers.

“To say growers are frustrated is an understatement. The science hasn’t changed since 2020, when EPA set the level of concern at 15 parts per billion. EPA is playing politics with this decision and should not adopt this ultra-low level of concern,” said Greg Krissek, Triazine Network co-chair and Kansas Corn Growers Association CEO. “We are urging farmers to oppose EPA’s regulatory tricks and submit comments to EPA during the 60-day comment period this summer.”

EPA floated the 3.4 ppb number in a draft proposal in 2016 and received over 30,000 comments opposing the ultra-low level. In 2019, the agency stated in a regulatory update it would use the 15 ppb CE-LOC and solidified that number in the published 2020 Interim Registration Decision. In its news release, EPA claimed it had always intended to use the ultra-low 3.4 ppb level instead of the 15 ppb level published in the 2020 decision.

“EPA is saying that while it published the decision for the reasonable 15 ppb level, they didn’t mean it,” Gary Marshall, Triazine Network co-chair and former Missouri Corn Growers Association CEO said. “Now they are saying we should ignore what was published in the Federal Register, claiming it’s always been 3.4 ppb, a level based on flawed studies thrown out by a previous Scientific Advisory Panel.”

Farmers rely on atrazine’s long-lasting weed control, and it is especially important as an aid to help farmers successfully use sustainable farming practices like conservation tillage and no-till. Placing severe limits on atrazine will have broad implications considering that atrazine is a key component in over 90 herbicide mixtures farmers rely upon. Atrazine has been on the market for over 60 years. No herbicide has been studied more or has a longer safety record.

“EPA’s proposal would render atrazine unusable for many farmers and force them to abandon carbon-smart no-till practices in key areas of the Midwest,” Krissek said. “While EPA is proposing mitigation measures for farmers to use in areas that would exceed the CE-LOC, our farmers are already concerned many of those methods won’t be viable on their farm. For example, one suggested method is to incorporate atrazine into the soil, which would end years, if not decades, of no-till practices on those fields.”

The announcement and in the docket, EPA stated it “intends to seek external peer review of the risks to the aquatic plant community that underlies this proposed risk management strategy.”

Before any part of this proposal is implemented, EPA must stand by its promises to convene a formal FIFRA Scientific Advisory Panel to specifically explore the scientific basis for the proposed CE-LOC revision and ensure high-quality research supports the proposal.

“EPA personnel told us the agency would convene a formal SAP to provide guidance on this matter. However, the news release and docket documents refer only to an ‘external peer review.’ That is not the same thing,” Krissek said. “We urge EPA to publicly commit to convening a formal FIFRA Scientific Advisory Panel to advise the agency on this matter. This SAP incorporating the latest peer-reviewed studies is key to ensuring EPA’s proposed CE-LOC is supported by valid scientific evidence.”

The Triazine Network is encouraging farmers to submit comments to EPA during the upcoming 60-day comment period.