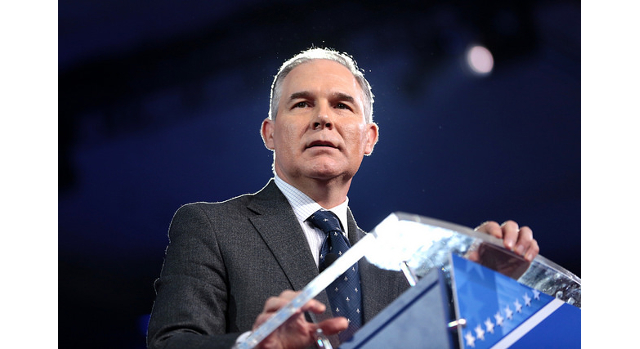 WASHINGTON — The U.S. Environmental Protection Agency (EPA) Administrator Scott Pruitt issued a proposed rule under the Renewable Fuel Standards (RFS) program that would set the minimum amount of renewable fuels that must be supplied to the market in calendar year 2019, as well as the biomass based diesel volume standard for calendar year 2020.

“I’ve traveled to numerous states and heard firsthand about the importance of the RFS to farmers and local communities across the country,” said EPA Administrator Scott Pruitt. “Issuing the proposed rule on time meets Congress’s statutory deadlines, which the previous administration failed to do, and provides regulatory certainty to all impacted stakeholders.”

Some key elements of today’s action:

*The biomass-based diesel standard for 2019 was set at 2.1 billion gallons in 2018 and cannot be changed.

​The Clean Air Act requires EPA to set annual RFS volumes of biofuels that must be used for transportation fuel for four categories of biofuels: total, advanced, cellulosic, and biomass-based diesel. EPA is using the tools provided by Congress to adjust the standards below the statutory targets based on current market realities. EPA implements the RFS program in consultation with the U.S. Department of Agriculture and the U.S. Department of Energy.