Home / California / Environmental factors seem to influence dairy cow ‘bunching,’ say UC scientists
A new user experience is coming! We'll be asking you to login to your Morning Ag Clips account March 1st to access these new features.
We can't wait to share them with you! Read more here. 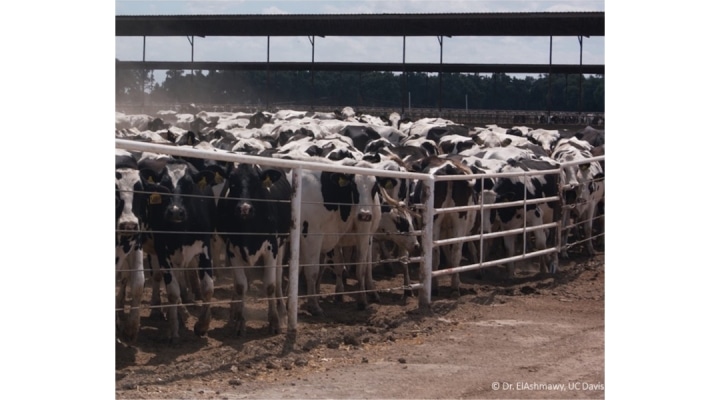 Holstein cows aggregated in a circle with signs of tail switching and foot stomping as protective behaviors against stable fly attack. Such aggregating behavior is commonly known as cow bunching. (Courtesy Photo)

DAVIS, Calif. — A team of UC scientists is working to mitigate “cow bunching” – when dairy cows cluster close together to avoid biting flies – which can cause discomfort, increase heat stress and impede the cows’ access to nutritionally balanced food in individual feeding stations. Ambient temperature, relative humidity and trees appear to be factors in the prevalence of stable flies, which are more active during May and June.

“In working with California’s dairy industry for 20 years, I have never seen a problem with so much interest and producer pleas for guidance as bunching,” said Sharif Aly, professor of population health and reproduction at the UC Davis Veterinary Medicine Teaching and Research Center in Tulare. 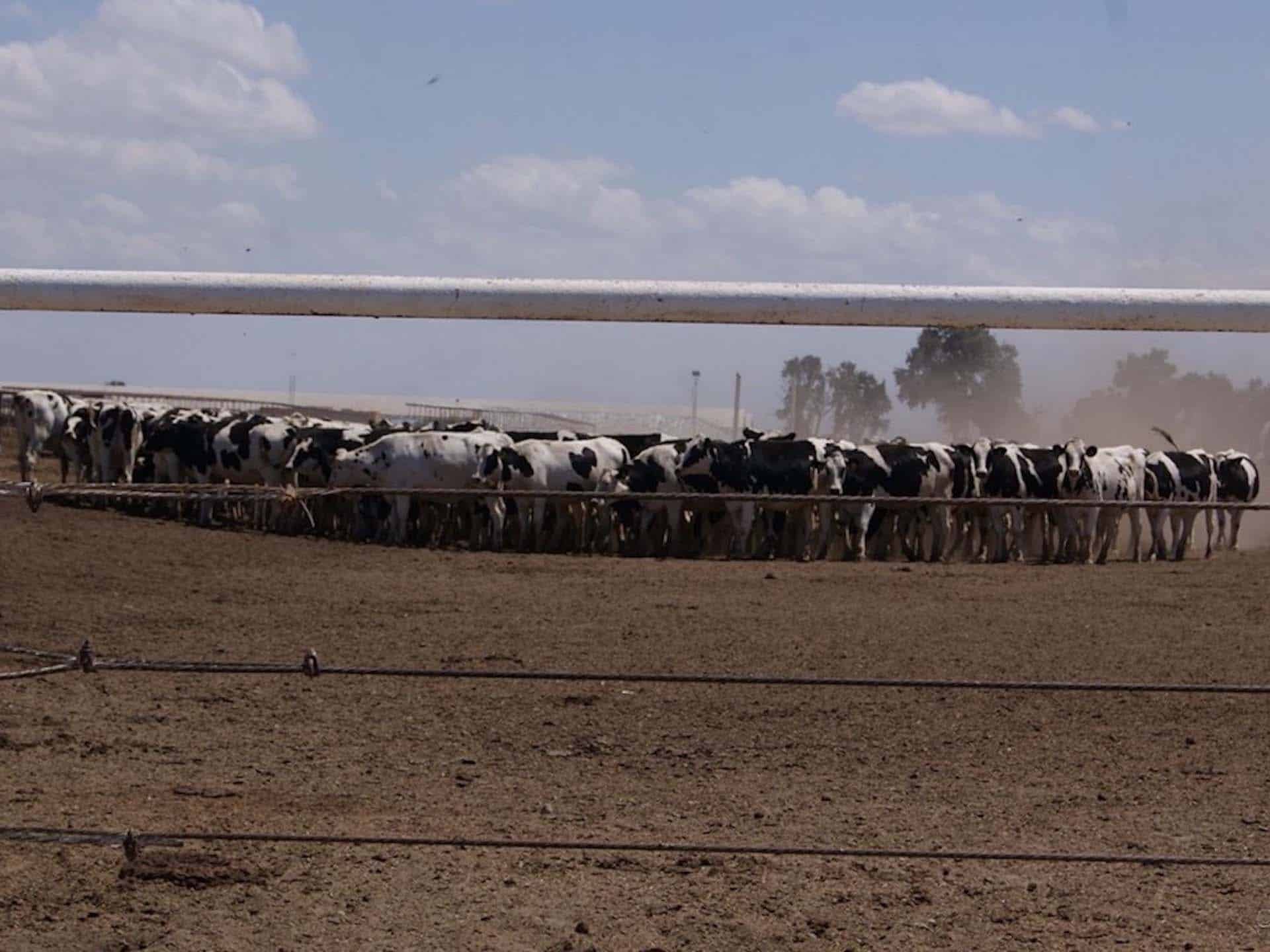 “In the past, there were a few other reports studying this problem in different parts of the U.S., but we did not have a consistent group of people looking at the problem over time and trying to bring solutions,” said Ferreira. “Now, if farmers want to control the problem, they know what factors to look at. We also measured the economic impact, which brings attention to the problem.”

Among the risk factors for cow bunching they identified were field crops near the cow pen where bunching was observed, feeding rations that contain wet distillers grain or molasses, and an ambient temperature lower than 86 degrees (30 degrees C). In contrast, bunching was reduced when relative humidity was less than 50%, where a cow pen was surrounded by other pens or bordered by a main road and manure removed from fence lines of pens.

The team’s study published in PLoS One also identified that cows in pens with trees on the periphery had higher fly counts in comparison to cows in pens away from trees. In addition, dairies feeding by-products including almond hulls, wet distillers grain, fruits and vegetables had higher stable fly trap counts compared to dairies that did not feed these ingredients. At the pen level, cows fed rations that contained straw had lower average fly counts compared to cows fed with rations that did not contain straw.

Rossow and Ferreira also studied the production and economic impacts of adding supplements to feed.

“For dairies, the largest cost is nutrition,” said Rossow. “Any way that dairies can become more feed-efficient and produce more milk for less is a major benefit to the industry.” Their work has focused on understanding which supplements are beneficial to production and economically feasible to introduce.

“These kinds of collaborations help us to ultimately benefit our clientele by translating research into applied knowledge to improve their production,” noted Ferreira.

During his postdoctoral studies with the team, Abdelfattah explored the impact of different treatments to control stable flies on dairies and is currently planning the next phase of the team’s research on an integrated stable fly management plan for dairies.

Water Wizards will reach out to Bay Area kids