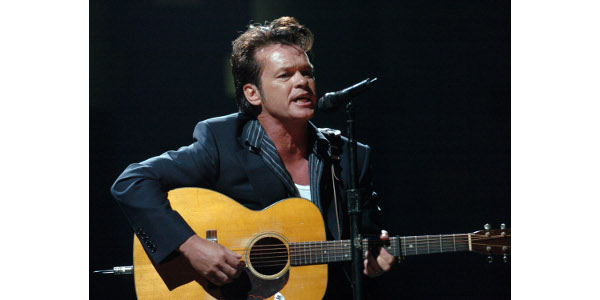 About Jim Gaffigan: Comedian and actor Jim Gaffigan was born and raised in the Midwest and has been dubbed the “King of Clean” by the Wall Street Journal. His 2014 Comedy Central special, Jim Gaffigan: Obsessed, was the most-watched stand-up comedy special of the year and debuted at No. 11 on the Billboard 200. Beyond his stand-up career, he has appeared in more than 200 television commercials and nearly 30 movies, including Super Troopers, It’s Kind of a Funny Story and Away We Go. Gaffigan has also collaborated with a number of television shows, including The Daily Show, The Ellen DeGeneres Show, Conan O’Brien and CBS Sunday Morning, for which he won an Emmy. The “everyman” comedian credits David Letterman, Bill Murray and Jerry Seinfeld as major influencers throughout the years.

About John Mellencamp: Rock singer-songwriter and Seymour, Ind., native John Mellencamp fell in love with music at an early age and was fronting a soul band by the time he was 14. After releasing a few albums, he broke out in 1979 with his first hit, “I Need A Lover.” American Fool, 1982’s best-selling album, featured “Hurts So Good” and the No. 1 single “Jack & Diane.” In the 1980s, it’s estimated Mellencamp played 1,000 shows promoting hits such as “Small Town,” “Cherry Bomb” and “Crumblin’ Down.” In the early 1990s, he released a string of successful albums, including Dance Naked, which included the hit “Wild Night.” Mellencamp’s awards are as expansive as his hits. He is the recipient of a 2001 Billboard Century award, as well as a Lifetime Achievement Award for Songwriting from the Americana Music Association. In 2008, he was inducted into the Rock & Roll Hall of Fame by Billy Joel. Building on his highly successful career, which spans decades, Mellencamp continues to tour and work on new music projects.

In other Grandstand news, special guest Daughtry has been confirmed for the previously announced Nickelback Grandstand show (Thursday, Aug. 24). Additional Grandstand artists will be announced periodically throughout the next several months. State Fair fans and music enthusiasts are encouraged to sign up for the State Fair’s e-news at mnstatefair.org to receive concert announcements before tickets go on sale.