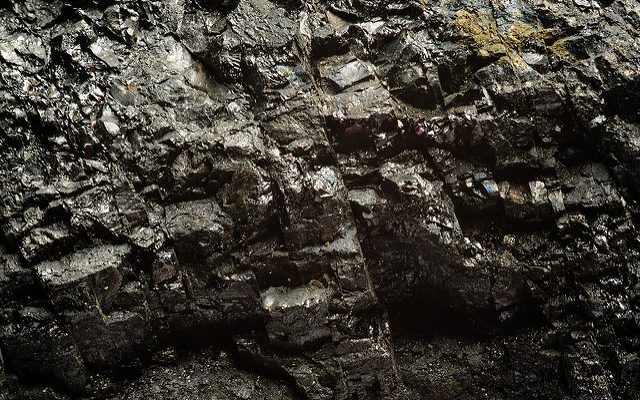 As the nation transitions away from coal, regions and communities must learn to adapt. A new study by researchers at The Ohio State University is the first to go beyond national trends to analyze how the coal industry affects local Appalachian counties and outline policy recommendations to support successful transitions away from coal. (Thomas Bresson, Flickr/Creative Commons)

COLUMBUS, Ohio — U.S. coal industry employment fell 94% over the last century and is expected to almost disappear by 2050. As the nation transitions away from coal, regions and communities must learn to adapt.

A new study by researchers at The Ohio State University is the first to go beyond national trends to analyze how the coal industry affects local Appalachian counties—a coal-intensive region spanning 13 states and 420 counties—and outline policy recommendations to support successful transitions away from coal.

“Our research found coal mining-dependent economies have generally struggled in the last century compared to Appalachian communities that have not been tied to coal extraction,” said Mark Partridge, professor and C. William Swank Chair in Rural-Urban Policy at Ohio State’s College of Food, Agricultural, and Environmental Sciences (CFAES). “Remaining tied to coal mining is exactly the opposite of how more prosperous communities have evolved and it risks the future viability of Appalachian counties.”

The study, funded by the World Bank, recommends generous “buyouts” to coal workers — much like businesses use for senior management.

“Coal workers typically feel the government is stealing their livelihood. Fair buyouts provide workers confidence that they are being made whole,” said Partridge, a faculty member in the Department of Agricultural, Environmental, and Development Economics (AEDE). “The high price these communities have paid is further justification. And it’s much less expensive than the current gridlock that benefits few, while enhancing climate-change risks.”

National coal industry employment is now only 42,800 (for comparison, retailer Bed Bath & Beyond employs about 65,000 workers nationwide). Low coal-mining employment shows that buyouts are financially viable. Indeed, Appalachia has some of the nation’s highest poverty rates and lowest household incomes. A fair transition seems to be the least society can do, according to Partridge.

“Few communities successfully transitioned away from coal mining, and each followed their own unique path,” said Linda Lobao, study coauthor and Distinguished Professor of Food, Agricultural, and Environmental Sciences in the School of Environment and Natural Resources at CFAES. “Communities that successfully transitioned benefited from close proximity to ‘modern’ highways and leveraged unique assets such as the presence of local colleges, tourism, and cultural activities.”

At one time, Appalachia was responsible for 80% of national coal production, which fell to 27% in 2018. The writing is on the wall for coal mining’s ultimate fate and the likelihood of successful transition declines with further delay.

The authors note that keys to success are avoiding large-scale population loss and the failure of businesses after mines close. Once a downward trend surpasses a tipping point, it is almost impossible to reverse. The report recommends that higher-level governments back-fill lost tax revenue to coal-country local governments to ensure residents are provided basic services. These subsidies would later be phased out as communities adjust.

Additional recommendations include the following:

It is impossible to expect politicians, nonprofit organizations, or leading academics to provide a one-size-fits-all playbook that picks “winning” specific industries for communities to target. Success requires maintaining sufficient population to provide public services and retain critical businesses to begin the economic transformation. To measure long-term community success, population growth is used as a catch-all measure of the economy and quality of life.

“The nation’s development benefited from coal, yet coal communities suffered almost all direct, environmental, and human costs (e.g., natural resource destruction, crippling injuries, black lung disease, economic decline). We need to approach this situation with the mindset of ensuring a just transition that provides the foundation for these communities to thrive,” said Partridge.

Funding was provided by the World Bank as part of its “Just Transition” global initiative to identify worldwide best practices for transitioning away from fossil fuel-dependent economies.

In addition to Partridge and Lobao, other authors of the Ohio State study included students Oudom Hean, Paige Kelly, and Seung-hun Chung. Chung is currently a post-doc researcher in AEDE, while Hean and Kelly were AEDE doctoral students during the report’s construction.