Home / National / Endangered wolves blamed for more livestock deaths
A new user experience is coming! We'll be asking you to login to your Morning Ag Clips account March 1st to access these new features.
We can't wait to share them with you! Read more here. 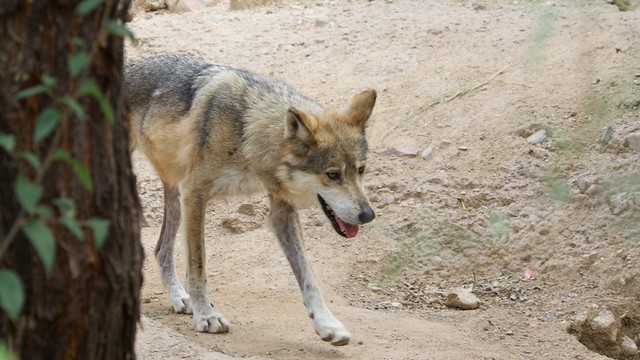 More Mexican wolves are in the wild now than at any time since they were nearly exterminated decades ago. A subspecies of the Western gray wolf, Mexican wolves have faced a difficult road to recovery that has been complicated by politics and conflicts with livestock. (Bettina Arrigoni, Flickr/Creative Commons)

ALBUQUERQUE, N.M. (AP) — It’s shaping up to be a deadly year for livestock in the American Southwest as the number of cows and calves killed by Mexican gray wolves has skyrocketed, aggravating an already tenuous relationship between U.S. wildlife managers, environmentalists and rural residents.

Federal reports show the endangered wolves have been blamed for the deaths of 88 domestic animals in New Mexico and Arizona in the first four months of the year.

That’s on pace to surpass the nearly 100 livestock kills confirmed in all of 2018 and significantly more than has been recorded over the same four-month period in any year since the predators were reintroduced in 1998.

More Mexican wolves are in the wild now than at any time since they were nearly exterminated decades ago. A subspecies of the Western gray wolf, Mexican wolves have faced a difficult road to recovery that has been complicated by politics and conflicts with livestock.

Catron County Manager Bill Green said his constituents have seen calf birth rates drop by one-third or more and they feel there’s nowhere to turn because federal officials say they have a responsibility under the federal Endangered Species Act to restore the wolves.

Some ranchers and rural residents expect things to get worse as the wolf population grows. There are at least 131 of the predators in the mountain ranges spanning southwestern New Mexico and southeastern Arizona.

“On the local front, it’s been a battle to keep the impact as small as possible,” Green said. “We have several ranchers in areas next to wilderness that are already being run out of business.”

Wolves were found to be responsible for killing more than three dozen cows and calves in April alone. That was almost double the previous month.

While ranchers see the reintroduction program as a threat to a livelihood already complicated by drought and rising costs, environmentalists contend more can be done to discourage wolves from targeting livestock.

The environmental group Defenders of Wildlife has been working with some ranchers in the Southwest. Some ideas are simple — from using range riders to keep a close eye on herds or quickly disposing of cattle carcasses to keep from attracting wolves.

Brady McGee, who heads the Mexican wolf recovery program for the U.S. Fish and Wildlife Service, said wolves often can run into trouble because the grazing and calving seasons are year-round in the Southwest.

“Part of this is for the wolf program to survive, we need to create a social tolerance out there,” he said. “In order to create that social tolerance, we have to be able to reduce and minimize wolves eating livestock and reduce those conflicts.”

Some money is allocated annually for reimbursing livestock losses, but federal officials acknowledge they need more to provide incentives for the livestock industry to take more precautions to protect herds.

McGee said wildlife managers could set up food caches for denning wolves to shift the focus from cattle. He also suggested ranchers reposition their herds at key times and pen them up in smaller pastures, explaining that some of the highest livestock mortality comes early in the year when wolves are denning.

“That’s part of what the livestock industry could do, is be part of that chess game and move their cows around,” he said.

Some argue the wolves already are highly managed: They’re rounded up when they stray outside certain boundaries, when they pair with the wrong mate or if they develop an affinity for livestock. Biologists also decide which captive-bred pups are matched with wild packs as part of fostering efforts to boost the population.

Bryan Bird with Defenders of Wildlife says wolves are as much a social and cultural issue for ranchers and rural residents as they are a scientific challenge.

“We believe that social change can only come from inside the community,” Bird said. “It doesn’t come from the federal government or the advocates pushing change on these people. It has to happen from within, and it has to happen organically.”