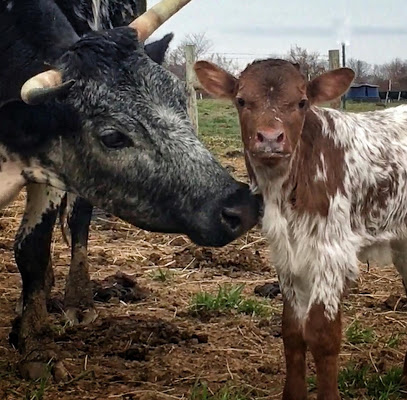 International Heritage Breeds Week aims to raise global awareness about endangered heritage breeds of farm animals. Many of our traditional livestock and poultry breeds have been replaced with more "improved" breeds in modern animal agriculture, at the expense of a massive loss in genetic diversity. Worldwide, about one domesticated livestock breed is lost to extinction every month. (photo by Mike Hansen, Ozark Akerz Farm)

ASHEBORO, N.C. — International Heritage Breeds Week aims to raise global awareness about endangered heritage breeds of farm animals. Many of our traditional livestock and poultry breeds have been replaced with more “improved” breeds in modern animal agriculture, at the expense of a massive loss in genetic diversity. Worldwide, about one domesticated livestock breed is lost to extinction every month.

For thousands of years, farmers have carefully bred and raised diverse animals perfectly suited to their corners of the world. These animals are well adapted to local environments and are designed to produce products that meet the needs of local communities. But over the past century, farming in many parts of the world has evolved into highly specialized operations designed to produce as much meat, milk, eggs, fiber, or other products as quickly as possible in order to maximize efficiency. For example, in 1927, the average American Holstein milk cow produced less than 4,500 pounds of milk per year. In 2017, she produced just shy of 23,000 pounds of milk – more than five times that of just 90 years ago!

While numbers like these are impressive, placing too much emphasis on productivity sometimes leads to traits like drought tolerance, parasite resistance, mothering abilities, fertility, foraging instincts, and even flavor being diminished. Meanwhile, the populations of many slower growing but still incredibly valuable old time or “Heritage” breeds have crashed. Livestock like Pineywoods Cattle that are well suited to North Carolina can’t keep up and now find themselves on the endangered list of Pittsboro, NC based Livestock Conservancy, an organization whose mission is to protect endangered livestock and poultry breeds from extinction.

19-25 May 2019 has been designated by fifteen livestock conservation organizations around the world as International Heritage Breeds Week to raise awareness about the status of rare farm animals, highlight examples of how they are still relevant to family farms, and bring choice to the marketplace.

Near Coleridge, NC, Pineywoods Cattle are seeing a resurgence at Ozark Akerz Farm. When asked why they chose this cattle breed, Sue Meyer, co-owner of Ozark Akerz explains “We loved the idea of becoming part of a small community of farmers that were helping to bring this historically significant breed back from the brink of extinction. We were also attracted to their disease and parasite resistance, heat tolerance, mothering and natural calving ability and the fact that they can thrive on less than ideal forage. And of course, they are beautiful animals!”

Brought to the southeast by Spanish explorers in the early 1500’s, Pineywoods ran wild for 350-400 years and are considered Americas first cattle breed. With their innate heat tolerance, they are extremely well adapted to weather in the South.

Meyer adds, “The ability of Pineywoods to thrive on less than ideal forage means lower annual cost for hay. When speaking with local farmers, we find that we are feeding a lot less hay per head than they are. We have a soft spot for Heritage breeds. We’ve found Blue Slate Turkeys and chickens such as Dominique’s and Faverolle’s with the help of The Livestock Conservancy.”

What other Heritage breeds have a history in North Carolina? According to Ryan Walker at The Livestock Conservancy, “Guinea Hogs would have been one of the most popular breeds in central North Carolina. Believe it or not, NC wasn’t historically known for hog production and was at best middle of the pack against other states up until the 20th century, although they were common on a homestead-scale.” When asked about heritage goats in this area, Walker continues “Spanish goats would have been a common meat breed choice up until Boers were introduced in the 1990s and Oberhaslis would have been a dairy option.” Walker adds that NC had some of the lowest sheep numbers in the US prior to the Civil War, “Shropshires and Dorset Horns were some of the more popular standard breeds in NC, although flocks of those breeds were usually small. Gulf Coast sheep were routinely brought up from the Gulf states to be grown out here.” All the breeds Walker mentioned are on The Livestock Conservancy list of endangered heritage breeds, as are Pineywoods Cattle.

The heritage chickens from Ozark Akerz Farm have helped revive Randolph County’s 4-H School embryology program. In August of 2015, Allison Walker was hired as the new Randolph County 4-H Youth Development Agent. Her passion is to educate youth and adults on the importance of agriculture. The Embryology program is an important program that provides an opportunity to bring agriculture to the classroom and is conducted in second grade. Students develop skills such as planning and organizing, keeping records, and team work. Specific scientific skills emphasized include observation, comparison, measuring and relating. Embryology was unable to be offered in 2016 and 2017 due to the threat of the Avian Influenza and other issues. When embryology was an option again, Allison and Mike discussed an opportunity to work together to bring a sustainable project to Randolph County Schools. Due to the number of schools in Randolph County, the chicks needed to have a purpose after the project. In 2018,  the first year of the partnership between Ozark Akerz Farm and Randolph County 4-H, 41 classrooms participated. The 40 dozen eggs that were set had a hatch rate of 91%. The excellent hatch rate meant there were a lot of extra chicks available. Allison came up with the idea to create a Chick Chain allowing the chicks to be adopted by 4-Hers and shown at the First Annual Randolph County Poultry Show. Each 4-Her could adopt 10 chicks since they were not sexed. For the Poultry Show, each 4-Her showed a pen of 3 hens and their most handsome rooster. There were thirteen 4-Hers that adopted chicks from the Chick Chain. Due to Hurricane Florence interfering with our original show date, only three 4-Hers were able to show their chickens in the Poultry Show.

To bring attention to this new partnership, and having embryology in the schools again, Chicken Poop Bingo was created. With the help of the Randolph County Maintenance Department, a bingo box was built. The bingo board was created by measuring and drawing lines in the box to create squares. Each square was numbered and spaces were sold for $5 each. The winner of Chicken Poop Bingo received half of the money raised. It was a fun and light hearted event that provided an opportunity to provide awareness of the embryology project and Heritage Breeds Week.

The Embryology program has almost doubled in 2019 with seventy-eight classes participating. In addition to Randolph County Schools, Asheboro City Schools, Uwharrie Charter Academy Schools and thrree different special needs classes also took part in the program. Due to the increased participation, Ozark Akerz Farm provided the eggs as well as Deeply Rooted Farmstead. Joe Allen of Deeply Rooted Farmstead took several of the extra chicks from the 2018 Embryology Program to add to his existing backyard flock.

The 2019 Chick Chain has also grown with seventeen participants who will be raising their chicks for the Second Annual Randolph County 4-H Poultry Show. Participants will be completing a Flock Farm Record Book to record important information about their chickens and the 4-H Youth Development Agent will do farm visits to check in on their progress.

The Second Annual Randolph County Chicken Poop Bingo will be held on May 23, 2019 at 4pm at the Randolph County Cooperative Extension Office. Bingo Spots are still available for $5. Ozark Akerz Farm will be in attendance to talk about heritage breeds to celebrate International Heritage Breeds Week.

Be safe with your fireworks this Fourth of July
July 2, 2020