Home » Empire Farm Days: The ‘social’ event of the summer 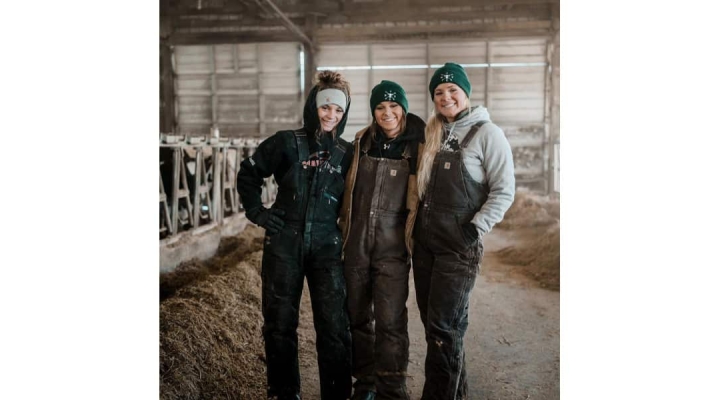 NY Farm Girls have a huge following and help to promote agriculture.

POMPEY, N.Y. — As it becomes an ever more integrated part of our everyday lives, social media – and social media influencers – hold more sway. This is especially true of “agvocates,” those either directly involved in agriculture or speaking out about its benefits and importance. These social media presences often have multiple thousands of followers, and their posts receive millions of views.

That’s why we’re excited to announce some well-known influencers will be a part of this year’s Empire Farm Days, slated for Aug. 2 – 4. Always friends of the show are the NY Farm Girls (on Instagram and TikTok @nyfarmgirls), three sisters from Western New York who use their following of over 141,000 followers on Instagram to simply share what life is like on their farm.

Also attending is Farmer Grayce (@thefarmergrayce), who boasts more than 145,000 followers. She describes herself as an eighth-generation farmer, “somewhat of a welder” and “driven by coffee and Cummins.” She’ll be making her way to the Empire State from the Bluegrass State (Kentucky).

Confirmed to be attending Empire Farm Days as well are the folks from Bar 7 Ranch (@bar7ranch), first generation ranchers from Central Texas. They’ll be talking with visitors about their experiences while learning about agriculture in New York at the same time!

All of these influencers will be posting their appearances at Empire Farm Days. They will also be present at the Caz-Gear booth all three days of the event from 11 a.m. – 2 p.m. to meet and greet fans, take pictures and chat.

Caz-Gear is continuing to finalize other content creators under their brand to attend, so don’t be surprised to see more internet celebrities stopping by.

Those that wish to reserve space should contact Lee Trade Shows as soon as possible. Contact Ken Maring, trade show manager, at 800.215.5586 or kmaring@leepub.com or Bruce Button at 518.673.0104 or bbutton@leepub.com.

The show is produced by Country Folks newspaper, Country Folks Grower Magazine and Country Culture. See news and updates on EmpireFarmDays.com or the show’s Facebook or Instagram pages.

To till or not to till? Building soil organically