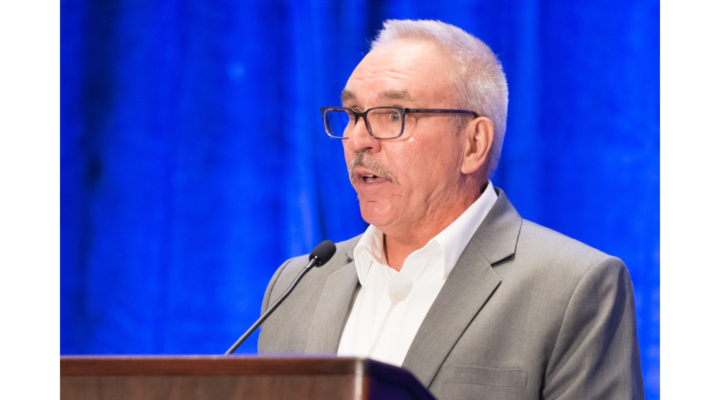 CINCINNATI — The name of the game in today’s challenging agricultural trade environment is emerging markets, and the U.S. Grains Council (USGC) set its sights on India, Africa and new opportunities for ethanol sales on Tuesday during its 59th Annual Board of Delegates Meeting in Cincinnati.

India has shown solid economic growth and is one of the world’s fastest-growing economies. Its population is very young – 45 percent is under age 25 – but a combination of outdated agricultural policy and regulation is a roadblock for U.S. products in India, said Scott Sindelar, CEO of Edgewise Trade Advisers and a former USDA Foreign Agricultural Service (FAS) official, who spoke to the Council’s delegate body.

“There is significant potential for U.S. agricultural and food products in India, but expectations must be balanced by the reality of India,” Sindelar said. “There is a substantive role the USGC can play in India. India’s leaders are intent to have the country be a leader on the global stage, and changes within the Indian government could help USGC programs build demand and enable change from within.”

Kurt Shultz, the Council’s senior director of global strategies, spoke on how the organization’s work is expanding into East and West Africa, building on longtime programs in North Africa, using resources from new funding sources including the Agricultural Trade Promotion (ATP) program, administered by FAS. He told delegates more than half the global population growth will occur in Africa by 2050, which will drive feed demand that can be captured with additional focus on capacity building and marketing.

“The Council works where the market does not,” Shultz said. “Africa and the Middle East show an opportunity for expansion of commercial feed production. We’ve worked in Morocco, Tunisia, and East Africa, but with the availability of ATP funding, we’re planning on new programs in both East and West Africa.

“We need to challenge the system there to bring in updated equipment, leverage past investments and train a new generation in Sub-Saharan Africa. We want to reinforce our programming in Tanzania while we expand programming in Kenya and Ethiopia to identify key market players and engage them in marketing programs. We can’t solve every problem, but we can plant the seeds.”

The attendees also heard an ATP update from Chief Economist Mike Dwyer and USGC Manager of Ethanol Export Market Development Brian Healy specifically on ethanol programs, which received the largest single portion of the Council’s ATP award of more than $20 million total. This funding has allowed the Council to dramatically expand the scope and depth of its ethanol programs including technical assistance, policy development and in-country engagement.

“Growth in the middle class is driving changes in markets around the world,” Healy said. “ATP funding will allow us to scale up global engagement in emerging markets while continuing our engagement with mature markets that show near-term demand.”

The afternoon featured breakout sessions going in-depth on lost demand due to sanitary/phytosanitary incidences and the nuances and critical nature of various types of trade agreements.

Also on Tuesday, the Council’s five sectors – agribusiness, barley, corn, sorghum and general farm organizations – assembled for breakfasts and to elect new leaders, and the organization recognized individual members who have reached the significant milestones in their participation.

The Council’s meeting in Cincinnati will conclude Wednesday with Board of Delegates and Board of Directors meetings.

Overturning the truth on conservation tillage