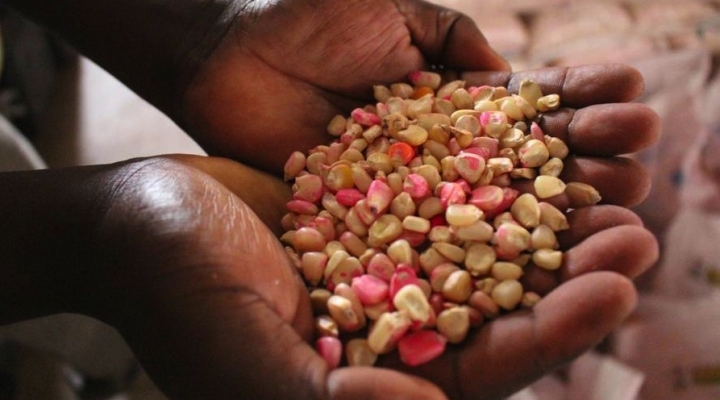 ROME — Seeds and fertilizer for more than one million people are being distributed by the UN Food and Agriculture Organization (FAO) in north-eastern Nigeria for the planting season that begins this month. It is part of efforts, led by the Government, to restore livelihoods and combat critical levels of food insecurity and malnutrition in areas affected by Boko Haram violence.

The emergency distributions come as Germany contributes €4 million ($US4.5 million) to alleviate food insecurity in Adamawa, Borno and Yobe states – the largest contribution FAO has received so far for the Nigeria operation. The funds will support FAO’s work to further improve agricultural production and safeguard the livestock assets of vulnerable people affected by the violence including displaced people, refugees and host communities.

“Investing in agricultural assistance today will provide food for tomorrow; and can ensure people have a source of food even when they are cut off from other forms of humanitarian aid,” said FAO Country Representative ad interim, Nourou Macki Tall.

The FAO operation will provide around 2 000 tons of cereal, pulse and vegetable seeds and 3 500 tons of fertilizers to vulnerable farmers in 46 Local Government Areas, reaching 1.1 million people. Those taking part have access to land, so sufficient agricultural support is critical to enable them to benefit from the coming rainy season.

“Eighty per cent of the people in the area are farmers, and need support to return back to their farms,” said Alhaji Maina Gana, chairman of the Fune Local Government Area in Yobe State.

The World Food Programme provides food rations to the beneficiaries of FAO’s kit to protect seeds from direct consumption. This ensures immediate hunger needs are addressed while also enabling a future harvest. FAO is also working with the Government and national and international non-government organizations.

Around 5.2 million people are struggling with high levels of food insecurity in the three states and require immediate and enhanced support.

The critical planting season intervention is possible thanks to the governments of Belgium, France, Germany, Norway, Sweden, Switzerland and the United States of America as well as the European Commission (ECHO) and the UN Central Emergency Response Fund (CERF).

For 2017, FAO is requesting $62 million under the Humanitarian Response Plan for Nigeria and the FAO Lake Chad Response Strategy. Additional support is urgently needed to reach the millions in need in the coming months, including to protect livestock assets, strengthen livelihoods, rehabilitate infrastructure and support food security coordination and analysis.