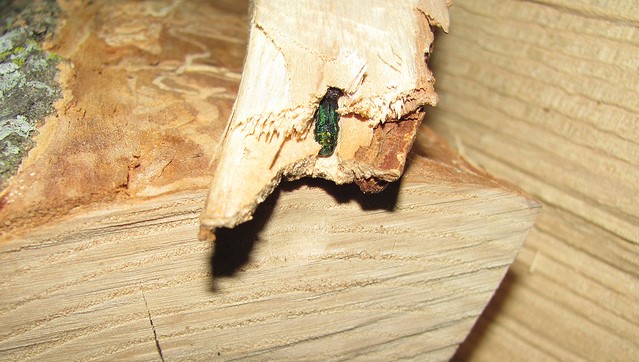 To get a clearer picture of where EAB is established in York County, the Maine Forest Service plans to work with landowners to girdle ash trees this spring, concentrating in towns near the New Hampshire border. (Pacific Southwest Region 5, Flickr/Creative Commons)

AUGUSTA — In late February, Maine Forest Service, with support of landowners and assistance from Central Maine Power and Lucas Tree Experts, collected branches from ash trees along roadsides in Acton, Lebanon and Berwick. Forest Service staff peeled the bark off these branches to look for signs of emerald ash borer (EAB). Live EAB larvae were found on two of the trees sampled, one each from the towns of Acton and Berwick. Although these trees still appear completely healthy, they are infested with EAB.

These were the first EAB found within trees in York County (the previous finds in Acton and Lebanon were adults that had flown into traps). Given this and the previous trapping survey, the Maine Forest Service knows that EAB is established, at least sporadically, within 3 miles of the New Hampshire border for at least 17 miles between Acton and Berwick.  However, it is almost certain that they have spread further than this area.

To get a clearer picture of where EAB is established in York County, the Maine Forest Service plans to work with landowners to girdle ash trees this spring, concentrating in towns near the New Hampshire border.  These girdled trees will act as traps, drawing in EAB from the immediate area (more information on this survey). The trees will be felled and peeled in the autumn to look for signs of EAB.  With this information on establishment and population density, the Maine Forest Service will be able to move forward with managing EAB.

If you have ash on your property and are interested in participating in this survey, please contact colleen.teerling@maine.gov for more information. 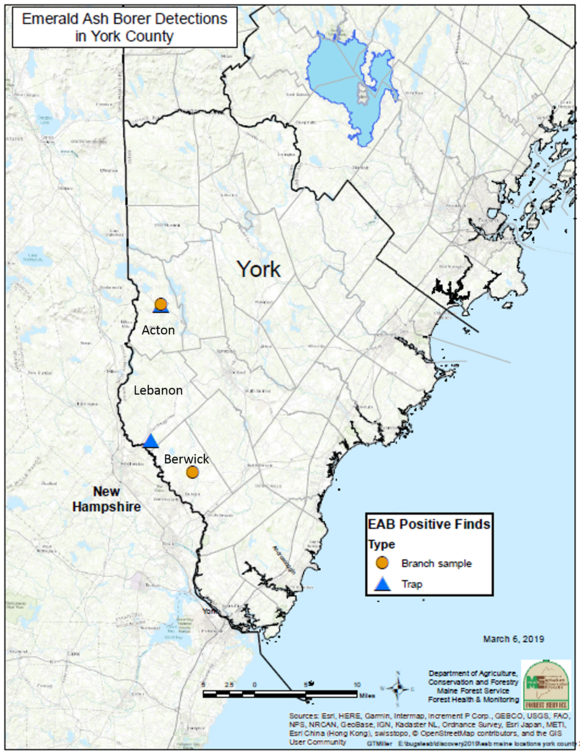 Lawn is better than fertilizer for growing blueberries

If someone destroys your crops and trees, consider this law
October 26, 2021