LINCOLN — The Nebraska Department of Agriculture (NDA) in partnership with the U.S. Department of Agriculture (USDA), confirmed the presence of emerald ash borer (EAB) in Columbus, Nebraska. The insects were discovered in an NDA trap used to monitor the spread of EAB across the state. This is the first detection of EAB in Platte County. EAB, an invasive beetle that attacks and kills ash trees, was first discovered in Nebraska in 2016.  Since that time, EAB has been confirmed in Cass, Buffalo, Dodge, Douglas, Hall, Lancaster, Sarpy, Seward, and Washington counties.

“Nebraskans continue trying to slow the spread of this destructive pest, but it’s difficult to stop its progress entirely,” said NDA Director Steve Wellman. “Monitoring for the pest as it moves within the state gives people more time to prepare for its arrival in their community and develop plans for managing for EAB and disposing of infested ash trees. Since August is National Tree Check month, it’s a good time to check your trees for invasive pests like emerald ash borer.”

EAB is a small, metallic-green beetle that is about ½ inch long. The larvae of this wood-boring insect tunnel under the bark of ash trees, disrupting the flow of water and nutrients, ultimately causing the tree to die. EAB-infested ash trees will exhibit thinning or dying branches in the top of the tree, S-shaped larval galleries under bark, D-shaped exit holes and suckers (along the trunk and main branches).

The Nebraska EAB Working Group, offers the following suggestions to help prevent the human-assisted spread of the insect:

Nebraskans are encouraged to contact a certified arborist to assist with EAB treatment and tree removal. Find local certified arborists through the Nebraska Arborists Association at https://nearborists.org/search-for-an-arborist/.

Additional information on EAB can be found on NDA’s website at: nda.nebraska.gov/plant/entomology/eab/. Nebraska-specific recommendations for homeowners and municipalities can be found on the Nebraska Forest Services’ website at https://nfs.unl.edu/nebraska-eab. 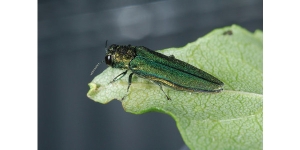 DES MOINES, Iowa — Emerald ash borer has been found in Calhoun, Winnebago and Worth counties for the first time. This invasive insect has now been found in 84 of Iowa’s 99 counties since its first detection in 2010. Insect samples were collected from Farnhamville (Calhoun County), Forest City (Winnebago County) and Manly (Worth County). […] 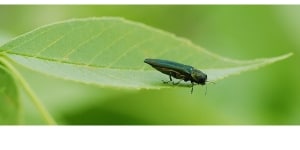 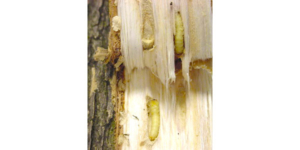 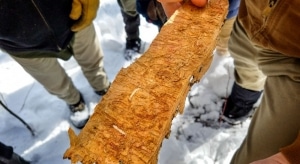 ITHACA, N.Y. — Cornell will be removing more than 1,700 of its ash trees infested by devastating emerald ash borer insects, mostly between January and March 2021, to reduce potential harm to people and property. At the same time, an initiative has been developed to replant trees. The university will be sending letters in the […]

July election results for the Nebraska Soybean Board