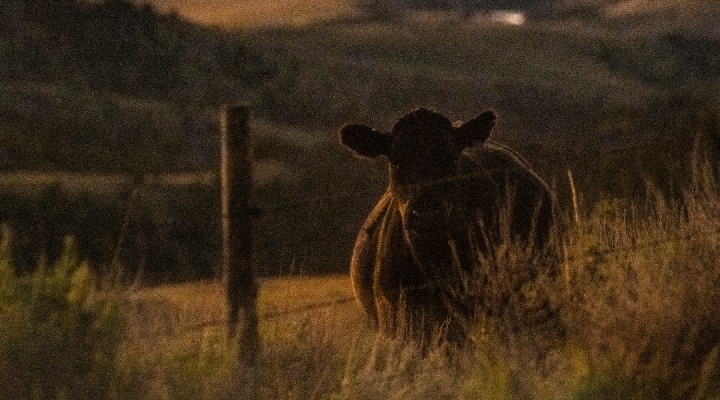 Dr. Myriah Johnson provided an overview of the economic and social benefits of the beef industry including its impact on local, regional and national economies, tax contributions, job creation, rural development and food security, among others. (U.S. Department of Agriculture, Public Domain)

CENTENNIAL, Colo. — Cattlemen and women are the original climate heroes, preserving natural resources for generations, while producing safe, affordable and abundant protein for the world to enjoy. In a presentation during the 2021 Cattle Industry Convention Winter Reboot on Feb. 24, speakers discussed how cattle production contributes positively to society.

Dr. Myriah Johnson, senior director of beef sustainability research for the National Cattlemen’s Beef Association (NCBA), started the session posing a question often seen in media headlines: “How do we feed the planet in 2050?”. Johnson explained the desire that exists to feed people in a way that is sustainable for generations in the future, and how beef plays a critical role in that sustainable food system.

“The fundamental value proposition of beef to the food system is the transformation of lower value resources, such as grasses and plant byproducts, to higher value protein full of micronutrients, which nourishes people,” Johnson said.

Johnson provided an overview of the economic and social benefits of the beef industry including its impact on local, regional and national economies, tax contributions, job creation, rural development and food security, among others. According to a forthcoming report on the Economic Contributions of the U.S. Beef Industry, more than 27 billion pounds of beef are produced annually, providing 144 billion, 3-ounce servings of beef. In addition, U.S. beef production and processing contributes $167 billion in gross sales and supports a labor force of more than 721,400 workers. “It matters that the beef industry exists, and research shows its impact on communities,” Johnson said.

Dr. Jason Sawyer, associate professor and research scientist with the King Ranch® Institute for Ranch Management, focused on beef’s role in the environmental pillar of sustainability. Sawyer suggested the industry focus on the term “climate neutral” which means implementing systems that have minimal effect on projected global temperature change.

According to Sawyer there is a lot of confusion about methane and its actual impact on the environment. “Methane is a natural result of ruminant digestion and can’t be eliminated without forsaking the critical capacity to upcycle human inedible feedstuffs,” he said.

“Overall, the U.S. beef industry’s contribution to atmospheric methane is very small, but even annual reductions of .5 or 1.5 percent in methane emissions can help lead the industry to climate neutrality in the near future,” Sawyer said.

Although often overlooked, the beef industry has positive environmental impacts when it comes to land-based carbon removal. Carbon uptake through grazing lands can help offset non-methane emissions currently attributed to beef production according to Sawyer. If the warming potential of methane is properly accounted for, and current levels of carbon uptake are included in the greenhouse gas profile of beef systems, U.S. beef producers might already be approaching climate neutral production.

Both speakers discussed the benefits of grazing to the social and economic pillars of sustainability in addition to environmental. “Cattle don’t just use the land, they help protect ecosystems, soil health and wildlife in addition to protecting public safety by reducing fire risk,” Johnson said. “And, if cattle weren’t grazing on federal lands, more expensive mechanical management would be required.”

Johnson summarized the session and said, “Beef is good for people, the planet and profit, and it is the complete package across all three pillars of sustainability.”

Sawyer agreed and added, “Beef sustainability is a complex subject, but there is a lot to be excited about. Production of beef is not degrading the planet, but rather improving the planet while feeding the world.”

U.S. farmers, ranchers at the forefront of climate-smart farming
April 20, 2021

Following up on the February freeze damage
April 19, 2021