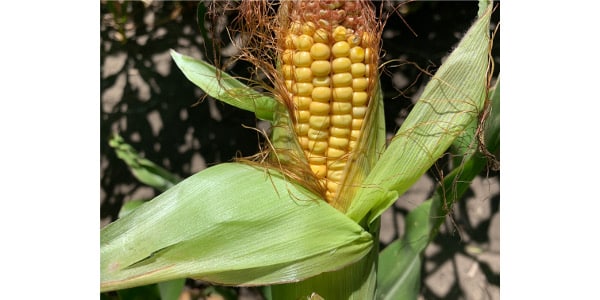 Missouri state government remained largely the same as prior to the election, and few changes occurred amongst Missouri representation in Congress as well. (NDSU)

JEFFERSON CITY, MO. — The game has changed significantly in Washington, D.C., and the Missouri Corn Growers Association (MCGA) board and staff are adjusting our sails to navigate the new waters. With Congress officially affirming President-elect Joe Biden’s victory last week, we anticipate an apparent shift in administrative views and approaches to corn grower issues. A now 50-50 split between Republicans and Democrats in the U.S. Senate (with Vice-President-elect Kamala Harris serving as the tie-breaking vote) means Biden’s political agenda will likely face fewer hurdles than if Republicans had retained control of the upper chamber. We anticipate climate change and reducing carbon emissions will be some of the hottest topics in the Capitol. However, cloture, the 60-vote threshold to end a filibuster, will still be an effective tool on contentious issues, although difficult to meet with this breakdown of senators.

In Missouri, the legislature remains at supermajority Republican levels, with many statewide elected officials also retaining their seats after dominating the 2020 elections. Additionally, the only congressional change to Missouri representation in Washington, D.C., is the result of this summer’s upset victory, when now Congresswoman Cori Bush (D) defeated longtime Congressman Lacy Clay (D) to represent urban St. Louis. Our Show-Me State champions remain in place, and we continue to drive home our message with them, encouraging robust support of corn farmers and ethanol producers.

What does all this mean for Missouri corn farmers? It could mean opportunities for increased ethanol consumption to achieve lower carbon emissions. It could also result in possible transportation infrastructure, carbon markets, and perhaps even multi-lateral trade agreements like the Trans-Pacific Partnership (TPP). However, it could also mean some fights are on the horizon to keep vital tools in the toolbox, such as glyphosate and atrazine. We could also see the Trump administration’s navigable waters rule retracted and replaced with the Obama administration’s WOTUS version, which would require many clarifications for the agriculture community. It could mean climate and carbon policy will come up more frequently during farm bill and commodity program discussions. It could mean a more aggressive federal approach toward water quality protection and improvements.

Ultimately, the new lay of the land in Washington, D.C., could vary greatly – offering some opportunities; but likely some serious fights ahead to ensure corn farmers can still operate in ways proven to be productive and sustainable for generations. Sen. Chuck Grassley (R-Iowa) summed it up best when asked what the impact of a Democratic-controlled House, Senate, and White House would have on U.S. Agriculture; “The best thing for agriculture is that there is a drought in Argentina and Brazil.”

Now more than ever, farmer-led grassroots organizations like MCGA will play a vital role in protecting our ability to farm. Board and staff will be engaged on every front to ensure grower priorities are top of mind. Whether it be exploring potential opportunities like trade agreements or high-octane low-carbon legislation, or fervently explaining why we need different options in our toolboxes like fertilizers and pesticides, MCGA will be working to ensure farmer voices are heard. But we will need help. We will need to come together to best explain to federal decision-makers our rural story. We will need the full strength of our grassroots to protect our ability to grow safe and affordable agricultural products. The game has changed drastically in Washington, D.C., but we will adjust, face the possible storms on the horizon, and be prepared to keep sailing ahead.