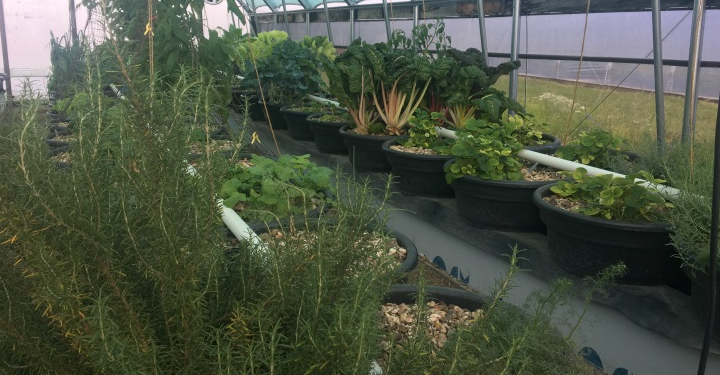 360 FARMS grows a variety of produce in their aquaponics system which is featured here. The plants are in a rock bed, where water is filtered through it. (Courtesy Photo)

WEBBERS FALLS, Okla. — 360 FARMS is an enterprise focused on growing elderberries as well as other produce and creating a high quality, healthy product that people love.

At 360 FARMS, they pride themselves in their research about elderberries. Elderberries are anti-viral and anti-inflammatory which allows them to be used in various forms to aid in healing. 360 FARMS raises, harvests, dries, and produces products with the elderberries. They also raise other produce like fennel which is used in the final products.

“We did this to transition our garden outside into here for agritourism,” said Brent Madding, owner and operator of 360 FARMS. “School kids come and we show them that there is another way to grow their food.”

360 FARMS is unique in that it uses an aquaponics system to grow their produce. This system constantly cycles water through the rock beds where the plants are planted. They have koi fish that live below the beds in the tanks and provide the nutrients. 360 FARMS is an advocate for using Oklahoma products and supporting local business.

360 FARMS produces the finest elderberries and superior products. They allow tours and teach about elderberries, the health advantages of them and the aquaponics system. They can be found in Webbers Falls and can be contacted online at 360okfarms.com. They can also be found on the Made in Oklahoma website www.madeinoklahoma.net.

Watch for signs of trichomoniasis in cattle
June 1, 2020