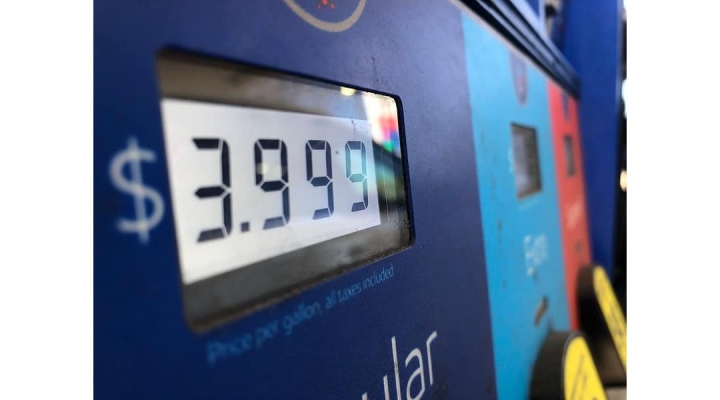 A bipartisan group of eight Midwest governors, including Nebraska Governor Pete Ricketts, came together in a letter to U.S. Environmental Protection Agency (EPA) officially exercising their authority to ensure E15 can be sold all year. (Photo: Robert Geiger, Flickr/CreativeCommons)

This action follows President Joe Biden’s announcement on April 12 that his administration would lift the summertime ban on E15 between June 1 and Sept. 15, 2022, to help ease high gas prices. E15, gasoline containing 15% ethanol, can save drivers up to $.10 more per gallon that E10.

E15 would require another waiver next year to be sold during the 2023 summer months; however, the letter sent to the U.S. EPA today includes a permanent fix for E15 and all higher ethanol blends to have no limitations on availability. Under the Clean Air Act, governors have the authority to ask EPA to equalize the summer regulations for E10 and E15. Currently, E10 and E15 are regulated differently, allowing oil refiners to specifically send gasoline blends that exhibit a Reid Vapor Pressure (RVP) that may be used in E10 but not E15.

Reid Wagner, administrator of the Nebraska Ethanol Board, thanks Governor Ricketts for his leadership to ensure that all Nebraskans continue to have uninterrupted access to blends of gasoline that are lower in emissions, better for our engines, and save us all money at the pump.

“In conjunction with the passing of Nebraska’s Higher Blends Tax Credit this month, this action is key to encouraging retailers to further invest in infrastructure to make higher ethanol blends more widely available,” Wagner continued.

Joining Governor Ricketts were the governors of Iowa, Illinois, Kansas, South Dakota, North Dakota, Wisconsin and Minnesota. Combined, these eight states account for over 10 percent of U.S. gasoline use – a market larger than California.

E15 is safe and approved by the EPA to use in vehicles 2001 or newer. Drivers with Flex Fuel Vehicles can use blends up to E85. In Nebraska, E85 is available at 125 fueling stations and E15 is available at around 110 fueling stations. Locations can be found at fueledbynebraska.com. If our nation moved to a fuel standard of E15, consumers would save $12.2 billion in fuel costs every single year, according to industry expert Growth Energy.

View the governors’ letter here. The governors provided information demonstrating that the action they seek will reduce emissions of certain pollutants that can lead to ground-level ozone formation. This accounts for a reduction in harmful aromatics, including nearly 2.5% of volatile organic compounds (VOCs) in Nebraska.

Biofuels, including ethanol, are underutilized in today’s fuel market but don’t need to be. Nebraska ethanol plants have the capacity to produce 2.6 billion gallons each year but only produce about 2.2 billion gallons. By allowing broader use of lower-cost ethanol blends permanently, Nebraskans could better protect the Earth from the impending climate crisis, enhance our nation’s energy security, and increase ethanol’s economic benefits.