Home » Efforts made to return sheep to coal country 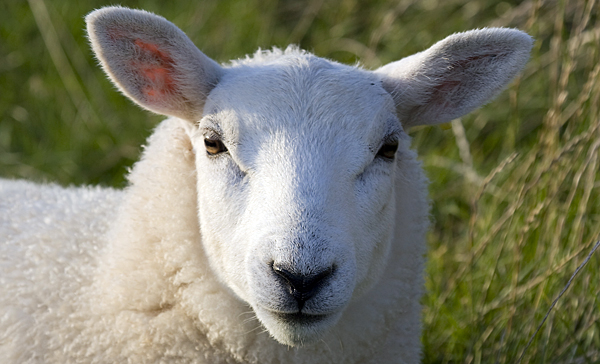 Across rural areas of southwestern Pennsylvania, there is an ambitious movement to bring back an industry that residents have long considered on the decline. (Wikimedia Commons)

PITTSBURGH (AP) — Across rural areas of southwestern Pennsylvania, there is an ambitious movement to bring back an industry that residents have long considered on the decline.

A new $3.5 million program — funded half by federal grant money that is matched by state and local agencies — is targeted not at reopening the vacant coal mines and closed power plants dotting the region. Rather, it is being ploughed into the pastures and agricultural fields that thrived decades before the first load of coal was brought to the surface.

The money is directed at nurturing places like Jamison Farm in Westmoreland County, which each week processes roughly 60 to 70 sheep and lambs. Some are raised on the 212-acre operation and some are from other farms in the region.

Despite growing demand and high prices for lamb meat, John and Sukey Jamison’s slaughter facility is producing only half of what it could.

“It’s hard to find lamb when I need it,” said Mr. Jamison one recent afternoon, driving a motorized cart up to check on a flock. “We could do more than 100 a week without a problem. But I need a steady supply and a steady business, which is my problem.”

As a coal industry decline ripples through the Appalachian economy, aid efforts so far have been relatively limited in scope: retraining coal industry workers for careers in natural gas or long-haul trucking, giving them financing and tools to start small businesses and teaching them how to code computer applications.

The vision for this new program — launched this summer through a coal assistance grant from the Appalachian Regional Commission — feeds into a much bigger goal long sought by local officials. The Fayette County Community Action Agency, which is spearheading the program, hopes to establish a base of locally produced food that can not only alleviate pain surrounding the downturn of coal but also embed an enduring industry.

“We can’t base our local economies on one industry anymore,” said Bob Junk, director of marketing and sales for the Republic Food Enterprise Center, a commercial kitchen operated by the Uniontown-based anti-poverty agency that distributes food across the region.

“When we take a look at how we can create sustainable jobs, that’s in the food business,” Junk said. “A green bean crop, that’s new wealth being generated.”

Energy production is often thought of as a legacy industry in the rugged southwestern corner of the state. Coal companies began digging mines in the 19th century to support America’s growing manufacturing industries. In the last decade, natural gas drillers have moved in and tapped the shale formation and built pipelines to take the fuel to other markets.

But raising livestock like lamb, sheep and goats in the Appalachian foothills long predated the first coal mine.

In 1843, Washington County was among the foremost livestock centers in the country, producing 482,603 pounds of wool annually from 223,000 sheep, according to the Pennsylvania Agricultural History Project, a collection of research published in 2015 by the Pennsylvania Historical & Museum Commission.

Though wool was replaced by cotton in the textile industry, lamb meat surged in popularity in the mid-20th century as American tastes changed and immigrants arrived who were accustomed to eating lamb for Christian holidays. “Eventually the sheep farmers learned to cater to this market,” the commission’s report reads.

Today, farmers say, lamb is as coveted a dish as ever.

The demand was evident at the inaugural lamb festival and cook-off that attracted 600 people to the Ace Hotel Pittsburgh in East Liberty last month. Participants paid $50 a ticket to taste 31 regional chefs’ creations. (Jamison Farm, whose target customers are high-end restaurants, supplied the lamb.)

The market for the meat, particularly when extended to East Coast cities, presented an opportunity to the Pennsylvania Department of Agriculture. Under Gov. Tom Wolf, the department has been looking for ways to expand agriculture west of the Alleghenies — a goal that Scott Sheely has logged many miles in state vehicles trying to figure out how to achieve.

“What we ended up finding is that the sheep and lamb are still there, but it’s sort of underground,” said Sheely, special assistant for workforce development for the department.

Meanwhile, the Fayette County agency had been looking at food security issues for a while. In 2005, it established the Republic Food Enterprise Center as an incubator for start-up businesses and farmers to cook, package and distribute food to communities that may not have access to nutritious food.

“The consumer wants to know where food is produced. They have a preference for local production of food,” said Jim Stark, chief executive officer of the agency.

Like Jamison’s lamb farm, the kitchen has plenty of room to grow.

In fact, Junk estimated only about a fifth of the facility is being used by a dozen or so individuals, primarily for packaging and jarring fruits, vegetables and sauces. Those products are sent out through the agency’s fleet of food trucks.

With the prospect of the Appalachian Regional Commission grant, the state and local officials saw their wishes align.

The award, announced in June, is aimed at creating a so-called “food shed” within a 38-county region in Pennsylvania, Maryland and West Virginia. Much in the way a watershed contains a flow of water, a food shed is loosely defined as a region in which food is consumed within 100 hundred miles of where it was produced. In addition to livestock, the grant identified poultry and specialty crops as markets of interest.

The grant is believed to be the largest award from the commission’s coal program to develop agriculture in Appalachia.

The real work of putting the money into play is just beginning. It’s a balancing act that involves a careful arranging of supply and demand — while also letting the market have its way.

In the lamb business, Sheely, the workforce officer, is meeting with farmers who have small flocks they want to expand, as well as with people who want to get into farming for the first time. To do that, linking up Jamison Farm’s slaughter facility, which employs five full-time workers, will be key.

One afternoon this month, Sheely drove to meet the husband and wife owners at their farm in Unity, near Latrobe, to suggest they take animals from new farmers under a contract with a guaranteed price.

Few livestock farmers in western Pennsylvania own slaughter facilities and many ship their meat to the New Holland auction house near Lancaster, Pa., to reach the East Coast markets.

Jamison Farm, by contrast, packages, sells and delivers frozen cuts of lamb — along with sausages, soups and pies — directly to customers, including many restaurants in the region. A FedEx truck arrives each afternoon to take a haul from the massive freezer constructed inside the Jamisons’ barn.

But finding markets, whether that’s through an auction or owning a slaughter facility, won’t be feasible for a lamb farmer just starting out. Banks, which would provide loans for farmers to buy a starter lamb flock, want to see easy access to a stable market.

“We have to find a way the new guy can make some money,” Sheely told them.

“He can make money by selling them to us for more than he’s gonna sell to the auction — that would be the first step,” Mr. Jamison said.

Sukey Jamison was unsure. “I’d have to think about it,” she said.

“I gotta see the numbers,” Mr. Jamison said. The benefit of bringing in more lamb could increase risk if the lamb market cools or if the price paid to farmers ends up too high. “It’s not as simple as people may think.”

Later that afternoon, Sheely drove to the Fayette County Fairgrounds, where festivities were in full swing with wafts of fried food and shouts of carnival barkers and rides whooshing. On the edge of the fairgrounds, the barns were full of farm animals ready to be judged.

There he met Darrell Becker, an enthusiastic livestock farmer whose land is near East Millsboro. Becker once had lambs but he allowed his teenage children, Angela and Andy, to raise cattle and goats instead. He remembers driving the lambs four hours to New Holland, a trip that wore down his vehicle and spirit.

“For me, this is the perfect scenario,” Becker said, of the prospect of having the Jamison Farm slaughter facility just down the road. “It might take me about four years or five years to get back to 100 (female sheep), but if I have that market out there, that’s the big picture.”

Much of the new $3.5 million in grant money is going to hire a staff of coordinators who are experts in each market and can guide farms.

“In the long haul, we can’t depend on grant money,” Junk said. “We need to continue to run this as a business. We want to be here 100 years.”

Leaf sensors can tell farmers when crops need to be watered