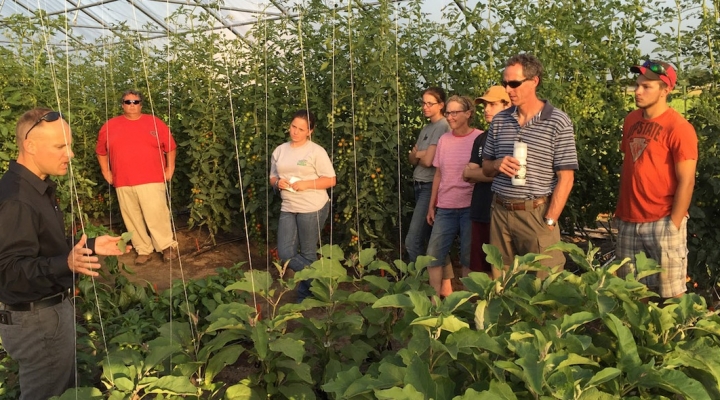 ‘This research funded by the Northern New York Agricultural Development Program responded to growers struggling with controlling the rampant growth of the cherry-type tomato plants and questioning whether the time they spend pruning this vigorous tomato is worth the effort,’ said project leader Amy Ivy, a vegetable specialist with the Cornell University Cooperative Extension Eastern NY Commercial Horticulture Program.

‘Most growers feel the intensive system takes too much time, but our research showed that it took less time to train and harvest than the less intensive system which became a tangle of vines that slowed the work,’ noted Ivy.

‘Comparing yield and efficiency of harvest with each treatment revealed additional significant difference to help growers decide which system may work best for their individual time and income goals,’ Ivy added.

In addition to taming the rampant growth of the cherry tomato, another challenge high tunnel vegetable growers face is the disease of brown leaf mold. This project included a variety trail comparing a popular but brown leaf mold-susceptible variety, Sun Gold, with three disease-resistant varieties in terms of taste and productivity. Sixty growers and volunteers taste tested the four varieties of cherry tomatoes; results are noted in the final report online.