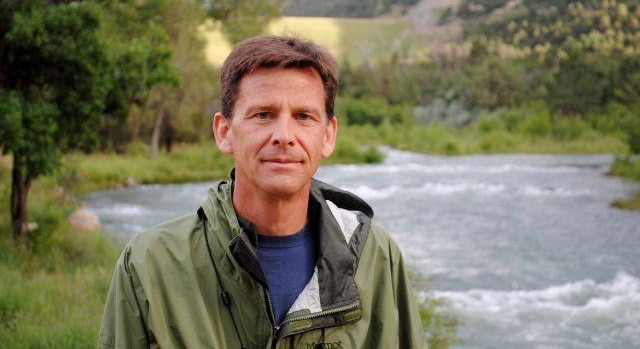 James D. Bradbury specializes in agricultural law as well as eminent domain and has extensive experience in land conservation and helping landowners preserve their ranches. In addition to running his own practice, he is an adjunct professor at the Texas A&M Law School where he teaches agricultural law. (Courtesy Photo)

AUSTIN — Avid Cattleman readers will remember an article earlier this year, where I discussed Texas and Southwestern Cattle Raisers Association’s involvement in judicial issues. The case I highlighted in the story was Hlavinka et al. v. HSC Pipeline Partnership, LLC, which pitted a Texas rancher against an obstinate pipeline company.

At the time of the first article, the trial court had ruled in favor of the pipeline company, largely ignoring the arguments made by Hlavinka. The trial court ruling was a blow to the property rights of all Texans, but fortunately, Hlavinka appealed the ruling.

I am happy to report that the Hlavinka’s and Texas property owners have now won a hard-fought victory in the case. In late June, the First Court of Appeals in Houston issued a lengthy and well-reasoned opinion reversing the lower court’s rulings and remanding the case for trial.

During the appeal, the case garnered significant attention from both property owner groups and oil and gas interests. Multiple amicus curiae, or friend of the court, briefs were filed on both sides of the case, including one from TSCRA. Our brief appears to have had some sway on the appeals court because, in many ways, their opinion mirrored the arguments we made in support of the Hlavinka’s private property rights.

In reversing the trial court, the First Court of Appeals meticulously addressed each argument.

As you may recall, HSC wanted the pipeline to transport HSC-refined polymer grade propylene (PGP) to a single customer, Braskem. This arrangement generated serious questions about whether HSC could exercise eminent domain as a common carrier.

Revisiting the Texas Supreme Court’s decisions in the Texas Rice cases, the appeals court emphasized the important scrutiny that must be applied to pipeline companies using eminent domain authority to ensure public use. They extended the Texas Rice “reasonable probability” test to oil product pipelines and found that HSC Pipeline failed to conclusively establish that it was a common carrier.

This portion of the case is important because lax state oversight has meant that pipelines mostly decide for themselves whether they can exercise eminent domain. When a pipeline tells the Texas Railroad Commission that they are a common carrier, the only way to refute their claim is for an impacted property owner to take the pipeline to court. Many trial courts in Texas have been resistant to allowing landowners to fully challenge a private entity’s use of eminent domain.

This opinion changes that. Simply put, the appeals court reaffirmed property owners’ right to challenge common carrier status and said that pipelines must present evidence that there is a reasonable probability the pipeline will serve the public upon construction.

The appeals court also found that the trial court abused its discretion in excluding Mr. Hlavinka’s testimony on his property’s value. They reasoned that the testimony was relevant based on the Property Owner Rule and that the methodology was permissible because the trial court could consider the highest and best use of the land. When Hlavinka purchased the property, it already had numerous pipeline easements, and more were anticipated due to its location. Therefore, Hlavinka argued that the highest and best use was pipeline easements, not just agricultural and recreational use.

The appeals court agreed that his testimony was relevant because he used comparable sales to support his opinions of fair market value as a separate economic unit. His analysis was also based on pre-existing easements, not the HSC easement itself.

This will be important for property owners because it means they can now testify as to the highest and best use of their property, including evidence of value from other, privately negotiated pipelines on the property.

Overall, the opinion from the First Court of Appeals in Houston reinforced, in no uncertain terms, the importance of private property rights and the right of landowners to have a full and fair process to determine adequate compensation for the taking of their land. The case has been remanded to the trial court for further proceedings, although HSC Pipeline may choose to appeal the ruling to the Texas Supreme Court.

I can assure you that your leaders and staff at the Texas and Southwestern Cattle Raisers will continue to watch the case closely in the coming months, but this victory goes to show just how important it is to engage in the judicial process.

Whether in the legislature or courts, I am proud to be a part of this association and stand at the forefront of the fight for private property rights.